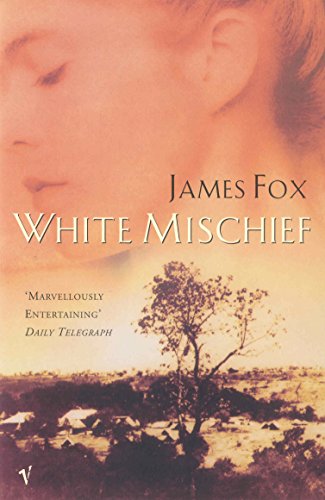 In Stock
£7.99
Just before 3am on January 24th, 1941, when Britain was preoccupied with surviving the Blitz, the body of Josslyn Hay, Earl of Erroll, was discovered lying on the floor of his Buick, at a road intersection some miles outside Nairobi, with a bullet in his head.
Very Good Good Well Read
Only 2 left

Just before 3am on January 24th, 1941, when Britain was preoccupied with surviving the Blitz, the body of Josslyn Hay, Earl of Erroll, was discovered lying on the floor of his Buick, at a road intersection some miles outside Nairobi, with a bullet in his head. A leading figure in Kenya's colonial community, the Earl had recently been appointed Military Secretary, but he was primarily a seducer of other men's wives. Sir Henry Delves Broughton, whose wife was Erroll's current conquest, had an obvious motive for the murder, but no one was ever convicted and the question of who killed him became a classic mystery, a scandal and cause celebre. Among those who became fascinated with the Erroll case was Cyril Connolly who joined up with James Fox for a major investigation of the case in 1969 for the Sunday Times magazine. After his death James Fox inherited the obsession and a commitment to continue in pursuit of the story both in England and Kenya in the late 1970s. One day, on a veranda overlooking the Indian Ocean, Fox came across a piece of evidence that seemed to bring all the fragments and pieces together and convinced him that he saw a complete picture...

"Intruiging" -- Christie Hickman * Sunday Express *
"A story which is as compelling and violent as a thriller, but which also happens to be one of the most dazzling feats of reportage in recent years" * Time Out *
"It is a measure of James Fox's remarkable achievement that in White Mischief he not only produces an impeccably researched and lucidly written "last word" on this notorious case but also brings these astonishing people and their perplexed lives so vividly and compellingly to life" -- William Boyd
"A fascinating piece of investigative reporting that possesses all the resonance of a social history and the drama of a good mystery...[and] a narrative strategy that allows the reader the excitement of watching a tenacious reporter piece together the truth" * New York Times *
"Leave P.D. James on the shelf, tuck Dick Francis away in the saddlebag, James Fox's investigation has everything you look for in a thriller" * The Economist *

James Fox was born in Washington DC in 1945 and educated in England. He worked as a journalist for the Sunday Times and the Observer in Africa and then in England, and has written for numerous other publications. His other books include The Langhorne Sisters and co-authorship of Life, Keith Richards' bestselling autobiography. White Mischief was made into a movie starring Greta Scacchi and Charles Dance.

GOR001219885
White Mischief by James Fox
James Fox
Used - Very Good
Paperback
Vintage Publishing
1998-02-05
320
009976671X
9780099766711
N/A
Book picture is for illustrative purposes only, actual binding, cover or edition may vary.
This is a used book - there is no escaping the fact it has been read by someone else and it will show signs of wear and previous use. Overall we expect it to be in very good condition, but if you are not entirely satisfied please get in touch with us.