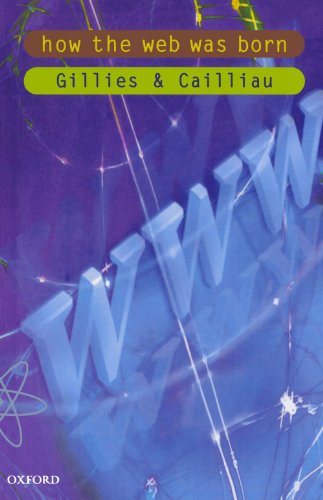 How the Web Was Born
by James Gillies (CERN)

In Stock
£5.99
Few people realize that the Web was born at CERN, the European Laboratory for Particle Physics, and that it was invented by an Englishman, Tim Berners-Lee. This account tells how the idea first came about, how it was developed, and how it was handed over for free for the world to use.
Very Good Good
9 in stock

How the Web Was Born Summary

How the Web Was Born: The Story of the World Wide Web by James Gillies (CERN)

In 1994 a computer program called the Mosaic browser transformed the Internet from an academic tool into a telecommunications revolution. Now a household name, the World Wide Web is part of the modern communications landscape with tens of thousands of servers providing information to millions of users. Few people, however, realize that the Web was born at CERN, the European Laboratory for Particle Physics, in Geneva, and that it was invented by an Englishman, Tim Berners-Lee. This new book, published in the Popular Science list in Oxford Paperbacks, tells how the idea for the Web came about at CERN, how it was developed, and how it was eventually handed over for free for the rest of the world to use. This is the first book-length account of the Web's development and it includes interview material with the key players in the story.

How the Web Was Born Reviews

James Gillies is a professional science writer at CERN, the European Laboratory for Particle Physics. Robert Cailliau is Head of the Web office at CERN, and one of the pioneers of the World Wide Web.

PROLOGUE; 1. THE FOUNDATIONS; 2. SETTING THE SCENE AT CERN; 3. ENQUIRE WITHIN UPON EVERYTHING; 4. FALSE BEGINNINGS; 5. SO WHAT ARE WE GOING TO CALL THIS THING?; 6. THE NEXT STEP; 7. GOING PUBLIC; 8. FLEEING THE NEST; 9. IT'S OFFICIAL; EPILOGUE; INDEX.

GOR001193391
How the Web Was Born: The Story of the World Wide Web by James Gillies (CERN)
James Gillies (CERN)
Used - Very Good
Paperback
Oxford University Press
2000-09-28
392
0192862073
9780192862075
N/A
Book picture is for illustrative purposes only, actual binding, cover or edition may vary.
This is a used book - there is no escaping the fact it has been read by someone else and it will show signs of wear and previous use. Overall we expect it to be in very good condition, but if you are not entirely satisfied please get in touch with us.