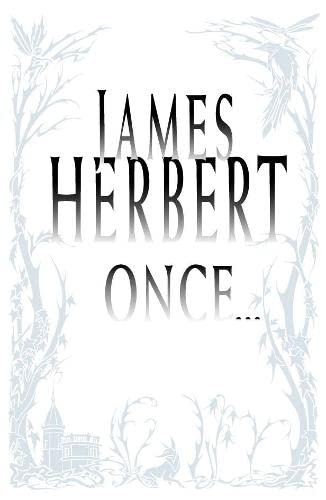 In Stock
£3.99
The dark bestseller from Britain's number one chiller writer.
Very Good Good
10 in stock

What if one day you found they were true? What if, when you became an adult, you discovered they were all based on fact? What if you met the fantasy and it was all so very real?

That's what happened to Thom Kindred. The wonders were revealed to him. But so were the horrors, for not far behind the Good, there always lurks the Bad. And the Bad had designs on Thom. The Bad would show him real evil. He would see the 'hellhagges' and the demons. He would be touched by perverted passion. And corruption. And he would encounter his own worst nightmare. The Bad would seek to destroy him. And only the magic of the little beings would be able to help him.

Once, James Herbert's masterful novel of love, lust and darkest horror, will take you to a realm where fantasy and reality collide, where faery tales really can come true.

James Herbert is not just Britain's No. 1 bestselling writer of chiller fiction, a position he has held since publication of his first novel, but is one of our greatest popular novelists, whose books are sold in thirty-three other languages, including Russian and Chinese. Widely imitated and hugely influential, his twenty novels have sold more than 50 million copies worldwide.

GOR001017064
Once by James Herbert
James Herbert
Used - Very Good
Hardback
Pan Macmillan
2001-09-12
480
0333761405
9780333761403
N/A
Book picture is for illustrative purposes only, actual binding, cover or edition may vary.
This is a used book - there is no escaping the fact it has been read by someone else and it will show signs of wear and previous use. Overall we expect it to be in very good condition, but if you are not entirely satisfied please get in touch with us.