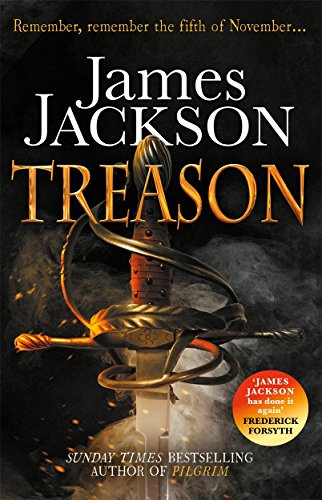 Used Price
£3.19
New RRP £7.99
Free Shipping in the UK
'Remember, Remember, the Fifth of November...' For fans of Conn Iggulden and Bernard Cornwell, this pulse-racing and dramatic new thriller from Sunday Times bestselling author James Jackson sheds new light on one of the most dramatic events in British history.
Reviews:
Trustpilot
Very Good

'Remember, Remember, the Fifth of November...' For fans of Conn Iggulden and Bernard Cornwell, this pulse-racing and dramatic new thriller from Sunday Times bestselling author James Jackson sheds new light on one of the most dramatic events in British history. Behind the famous rhyme lies a murderous conspiracy that goes far beyond Guy Fawkes and his ill-fated Gunpowder Plot . . . In a desperate race against time, spy Christian Hardy must uncover a web of deceit that runs from the cock-fighting pits of Shoe Lane, to the tunnels beneath a bear-baiting arena in Southwark, and from the bad lands of Clerkenwell to a brutal firefight in The Globe theatre. But of the forces ranged against Hardy, all pale beside the renegade Spanish agent codenamed Realm. 'There is no-one today writing fictionalised history, backed by ferocious research, like James Jackson. With his latest, Treason, he has done it again and the reading lamp just burns on through the night...' Frederick Forsyth

Treason is such a well-written book, its complicated plot kept tightly under control, the dialogue intriguing. The Gunpowder Plot itself is covered in such fascinating, meticulous detail and I lapped this part of the novel up, enjoying in particular the two characters who radiate some charm in this dark world of conspiracies and counter-conspiracies, Adam Hardy and the Princess Elizabeth, but I still wouldn't trust either of them as far as I could throw them. Treason is a compelling read and extremely difficult to put down * For Winter Nights *
Ingeniously unites factual research and fiction together to create a novel you can't let go of. We can't put Treason down, it's the definition of a page-turner * The Idle Man *
Ferocious and meticulous...the George Smiley of his day. It reads like the best fiction -- Frederick Forsyth * Daily Express *
Extremely exciting and gripping * Crime Squad *

Sunday Times bestselling author James Jackson has written numerous historical and contemporary thrillers, including three previous Christian Hardy novels Blood Rock, Realm and Treason. He is a former political risk consultant and a postgraduate in military studies. He was called to the Bar and is member of the Inner Temple. He lives in London.

GOR008870300
Treason: the gripping thriller for fans of BBC TV series GUNPOWDER by James Jackson
James Jackson
Used - Very Good
Paperback
Zaffre Publishing
2017-10-19
336
1785761161
9781785761164
N/A
Book picture is for illustrative purposes only, actual binding, cover or edition may vary.
The book has been read but remains in clean condition. All pages are intact and the cover is intact. Some minor wear to the spine.