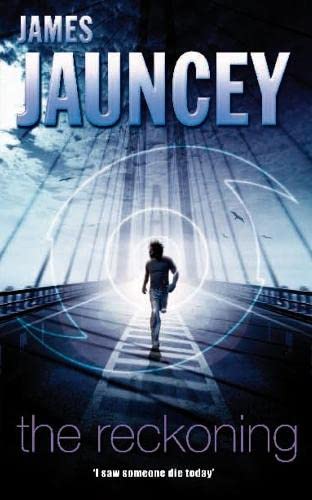 The Reckoning
by James Jauncey

In Stock
£4.99
There is dark secret at the heart of Fin's island home . . . A literary mystery that keeps you gripped.
Very Good
Only 1 left

The Reckoning by James Jauncey

Standing on the beach watching the early morning mist roll in off the sea, Fin is thinking about the day when he can move to the mainland, and escape the misery at home. His sister got away but now no one has heard from her in two years. Fin's thoughts are interrupted by the sound of a car on the bridge above him. He hears doors slam, voices, a scream and then, for a brief moment, he glimpses a figure falling through the fog. It's a teenage girl, and she dies in Fin's arms.

Did the dead girl jump or was she thrown? Sceptical of the official suicide verdict, Fin is determined to find the truth, a hunt that will lead him closer to his missing sister and to a shocking secret at the heart of his island community.

Tied in with Fin's story THE RECKONING touches on large topics such as extremism and terrorism but is, above all, a compelling and intriguing literary mystery.

James Jauncey lives on the edge of the Scottish Highlands with his wife, two of his four children, and two cats. When he is not writing he plays the piano in the Funky String Band. He is also on the board of the Edinburgh International Book Festival, the world's biggest literary festival. There's more about him on his website at www.jamesjauncey.com

GOR001169159
The Reckoning by James Jauncey
James Jauncey
Used - Very Good
Paperback
Pan Macmillan
2008-11-07
368
0330454013
9780330454018
Short-listed for Royal Mail Awards for Scottish Children's Books: Older Readers 12-16 2009
Book picture is for illustrative purposes only, actual binding, cover or edition may vary.
This is a used book - there is no escaping the fact it has been read by someone else and it will show signs of wear and previous use. Overall we expect it to be in very good condition, but if you are not entirely satisfied please get in touch with us.