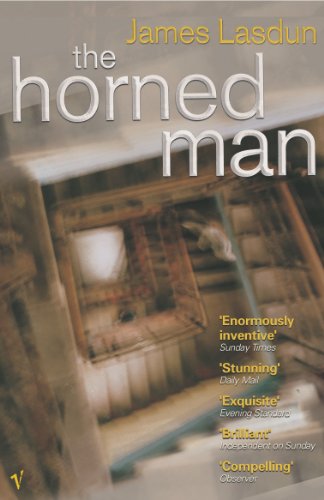 The Horned Man
by James Lasdun

The Horned Man by James Lasdun

Lawrence Miller, an English expatriate in New York, tells the story of what appears to be an elaborate conspiracy to frame him for a series of brutal killings. The intricate plot entangles Miller, a teacher of Gender Studies, in the lives of a womanising colleague under investigation for sexual harassment, a lonely attorney who has developed an inexplicable passion for Miller, and a shadowy Bulgarian who adapts Kafka for the stage, is prone to acts of explosive violence, and may or may not be sleeping under Miller's office desk. As the novel spirals to its shocking conclusion, Lawrence Miller traverses, in terror, the streets of Manhattan, tracking the lines of human connection across the city and out to the decaying suburbs beyond, in wild pursuit of his persecutors.

"Bristling with precise, poetic descriptions of scene and gesture" * Guardian *
"Lasdun's prose is crisp, clear, meticulously calibrated. His attention to detail is immaculate... A novel which locks its readers inside it, keeping them trapped even after they have reached the end" * The Times *
"The Horned Man is a marvellous novel, both compellingly readable - I literally couldn't put it down - and deeply philosophical" -- John Burnside * Scotsman *
"A chilling tale of urban paranoia, poetically executed" * Time Out *

GOR001121978
The Horned Man by James Lasdun
James Lasdun
Used - Very Good
Paperback
Vintage Publishing
2003-02-06
208
0099428350
9780099428350
N/A
Book picture is for illustrative purposes only, actual binding, cover or edition may vary.
This is a used book - there is no escaping the fact it has been read by someone else and it will show signs of wear and previous use. Overall we expect it to be in very good condition, but if you are not entirely satisfied please get in touch with us.