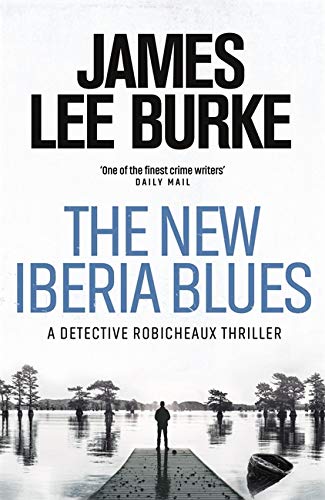 Used Price
£5,99
New RRP £9,99
Free Shipping in the UK
The shocking death of a young woman leads Detective Dave Robicheaux into the dark corners of Hollywood, the mafia, and the backwoods of Louisiana in this gripping mystery from "modern master" (Publishers Weekly) James Lee Burke.
Reviews:
Trustpilot
Very Good

Detective Dave Robicheaux first met Desmond Cormier on the backstreets of New Orleans. He was a young pretender who dreamt of stardom whilst Robicheaux had his path all figured out.

Now, twenty-five years later, their roles have reversed. When Robicheaux knocks on Cormier's door, he sees a successful Hollywood director.

It seems dreams can come true. But so can nightmares.

A young woman has been crucified, wearing only a small chain on her ankle, and all the evidence points to Cormier. Robicheaux wants to believe his old friend wouldn't be capable of such a crime - but Cormier's silence is deafening.

And he isn't the only ghost from Robicheaux's past which comes back to haunt him...

James Lee Burke is the author of many novels, and the critically-acclaimed, bestselling Detective Dave Robicheaux series. He won the Edgar Award for both Cimarron Rose and Black Cherry Blues, and Sunset Limited was awarded the CWA Gold Dagger. Two For Texas was adapted for television, and Heaven's Prisoners and In the Electric Mist for film. Burke has been a Breadloaf Fellow and Guggenheim Fellow, has been awarded the Grand Master Award by the Mystery Writers of America and has been nominated for a Pulitzer award. He lives with his wife, Pearl, in Missoula, Montana. www.jamesleeburke.com

GOR010015441
The New Iberia Blues by James Lee Burke
James Lee Burke
Used - Very Good
Paperback
Orion Publishing Co
2019-07-23
464
1409176517
9781409176510
N/A
Book picture is for illustrative purposes only, actual binding, cover or edition may vary.
This is a used book - there is no escaping the fact it has been read by someone else and it will show signs of wear and previous use. Overall we expect it to be in very good condition, but if you are not entirely satisfied please get in touch with us.