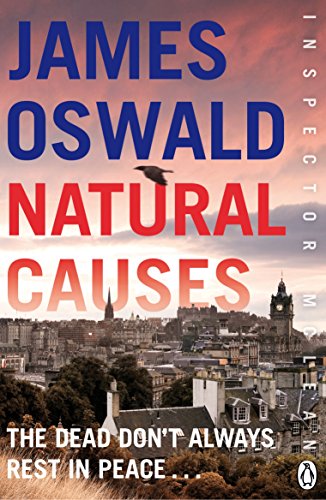 Used Price
£3.19
New RRP £8.99
Free Shipping in the UK
A young girl's mutilated body is discovered in a sealed room. Her remains are carefully arranged, in what seems to have been a cruel and macabre ritual, which appears to have taken place over 60 years ago. For newly appointed Edinburgh Detective Inspector Tony McLean this baffling cold case ought to be a low priority.
Reviews:
Trustpilot
Very Good Good

A young girl's mutilated body is discovered in a sealed room.

Her remains are carefully arranged, in what seems to have been a cruel and macabre ritual.
And they've been undiscovered for 60 years . . .

For newly appointed Edinburgh Detective Inspector Tony McLean this baffling cold case ought to be a low priority - but he is haunted by the young victim and her grisly death.

Meanwhile, the city is terrorised by a series of bloody killings, with no rhyme nor reason.

The police are at a loss, but McLean is convinced these deaths are somehow connected to the terrible ceremonial killing of the girl, all those years ago.

It's an irrational, almost supernatural theory.

But one which will lead McLean closer to the heart of a terrifying and ancient evil . . .

'The hallmarks of Val McDermid or Ian Rankin: it's dark, violent, noirish' The Herald

Crime fiction's next big thing * The Sunday Telegraph *
Literary sensation...James' overnight success has drawn comparisons with the meteoric rise of EL James and her Fifty Shades of Grey series * Daily Mail *
Fifty Shades of Hay * The Times *
Oswald is among the leaders in the new batch of excellent Scottish crime writers * Daily Mail *
The new Ian Rankin * Daily Record *
The hallmarks of Val McDermid or Ian Rankin: it's dark, violent, noirish * The Herald *
A star of Scotland's burgeoning crime fiction scene * Daily Record *

James Oswald is the author of the Inspector McLean series of crime novels. The first seven, Natural Causes, The Book of Souls, The Hangman's Song, Dead Men's Bones, Prayer for the Dead, The Damage Done and Written in Bones are available as Penguin paperbacks and ebooks. He has also written an epic fantasy series, The Ballad of Sir Benfro, which is published by Penguin, as well as comic scripts and short stories.

In his spare time he runs a 350-acre livestock farm in north-east Fife, where he raises pedigree Highland Cattle and New Zealand Romney sheep.

GOR004689097
Natural Causes: Inspector McLean 1 by James Oswald
James Oswald
Inspector McLean
Used - Very Good
Paperback
Penguin Books Ltd
2013-05-09
464
1405913142
9781405913140
N/A
Book picture is for illustrative purposes only, actual binding, cover or edition may vary.
This is a used book - there is no escaping the fact it has been read by someone else and it will show signs of wear and previous use. Overall we expect it to be in very good condition, but if you are not entirely satisfied please get in touch with us.