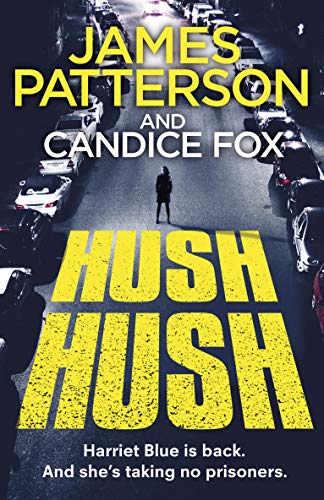 Prison is a dangerous place for a former cop - as Harriet Blue is learning on a daily basis.

So, following a fight for her life and a prison-wide lockdown, the last person she wants to see is Deputy Police Commissioner Joe Woods.

Harriet Blue used to be a detective. Now she's inmate 3329.

Prison is a dangerous place for a former cop - as Harriet Blue is learning on a daily basis.

So, following a fight for her life and a prison-wide lockdown, the last person she wants to see is Deputy Police Commissioner Joe Woods. The man who put her inside.

But Woods is not there to gloat. His daughter Tonya and her two-year-old child have gone missing.

He's ready to offer Harriet a deal: find his family to buy her freedom...

James Patterson (Author)
JAMES PATTERSON is one of the best-known and biggest-selling writers of all time. His books have sold in excess of 385 million copies worldwide. He is the author of some of the most popular series of the past two decades - the Alex Cross, Women's Murder Club, Detective Michael Bennett and Private novels - and he has written many other number one bestsellers including romance novels and stand-alone thrillers.

Candice Fox (Author)
Candice Fox is the middle child of a large, eccentric family from Sydney's western suburbs. The daughter of a parole officer and an enthusiastic foster-carer, Candice spent her childhood listening around corners to tales of violence, madness and evil as her father relayed his work stories to her mother and older brothers.

GOR010327332
Hush Hush: (Harriet Blue 4) by James Patterson
James Patterson
Detective Harriet Blue Series
Used - Very Good
Paperback
Cornerstone
2020-01-23
400
178746217X
9781787462175
N/A
Book picture is for illustrative purposes only, actual binding, cover or edition may vary.
This is a used book - there is no escaping the fact it has been read by someone else and it will show signs of wear and previous use. Overall we expect it to be in very good condition, but if you are not entirely satisfied please get in touch with us.