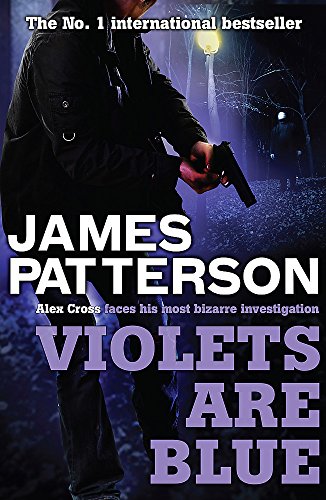 Violets are Blue
by James Patterson

Violets are Blue by James Patterson

Two joggers have been found dead in San Francisco - bitten and hung by their feet to drain the blood. Further murders in California, and then on the East Coast as well, completely baffle Alex and the FBI. Is this the work of a cult, or role players, or even of modern-day vampires? Desperate to stop the deaths, Alex teams up with Jamilla Hughes, a savvy woman detective, and the FBI's Kyle Craig.

But Alex has never been closer to defeat, or in greater danger. He must survive a deadly confrontation - only to learn at last the awful secret of the Mastermind.

'If there really were human superheroes, Alex Cross would be at the head of the class...and, with each instalment in the series, Patterson makes sure his superhero gets bigger and better while at the same time becomming more vulnerable.' * New York Times *
'Patterson knows where our deepest fears are buried... There's no stopping his imagination.' * New York Times Book Review *

James Patterson is one of the best-known and biggest-selling writers of all time. Since winning the Edgar (TM) Award for Best First Novel with The Thomas Berryman Number, his books have sold in excess of 300 million copies worldwide and he has been the most borrowed author in UK libraries for the past eight years in a row. He is the author of some of the most popular series of the past two decades - the Alex Cross, Women's Murder Club, Detective Michael Bennett and Private novels - and he has written many other number one bestsellers including romance novels and stand-alone thrillers. He lives in Florida with his wife and son.

GOR001955392
Violets are Blue by James Patterson
James Patterson
Alex Cross
Used - Very Good
Paperback
Headline Publishing Group
2009-12-01
480
0755349350
9780755349357
N/A
Book picture is for illustrative purposes only, actual binding, cover or edition may vary.
The book has been read but remains in clean condition. All pages are intact and the cover is intact. Some minor wear to the spine.