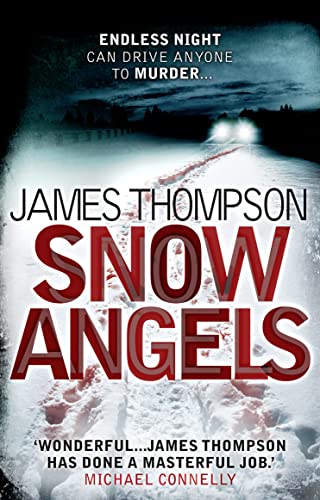 The first thriller in a new series featuring Inspector Kari Vaara: the haunted, hardened detective who must delve into Finland's dark and violent underbelly.

The first thriller in a new series featuring Inspector Kari Vaara: the haunted, hardened detective who must delve into Finland's dark and violent underbelly.

Kaamos: Just before Christmas, the bleakest time of the year in Lapland. The unrelenting darkness and extreme cold above the Arctic Circle drive everyone just a little insane... perhaps enough to kill.

A beautiful Somali immigrant is found dead in a snowfield, her body gruesomely mutilated, a racial slur carved into her chest. Heading the murder investigation is Inspector Kari Vaara, the lead detective of the small-town police force. The vicious killing may have been a hate crime, a sex crime-or one and the same. Vaara knows he must keep this potentially explosive case out of the national headlines or else it will send shock waves across Finland, an insular nation afraid to face its own xenophobia.

The demands of the investigation begin to take their toll on Vaara and his marriage. His young American wife, Kate, newly pregnant with their first child, is struggling to adapt to both the unforgiving Arctic climate and the Finnish culture of silence and isolation. Meanwhile Vaara himself, haunted by his rough childhood and failed first marriage, discovers that the past keeps biting at his heels: He suspects that the rich man for whom his ex-wife left him years ago may be the killer.

Endless night can drive anyone to murder.

`This book is wonderful. It took me right in, dropped me into a strange new world, and kept me captivated from first to last page. James Thompson has done a masterful job!'
Michael Connelly

`Fast, brutal, yet told with a sort of laid-back calm.'
Peter Hoeg

Born and raised in Kentucky, James Thompson has lived for the past decade in Helsinki with his wife. Before becoming a full-time writer, he studied Swedish and Finnish and worked as a bartender, bouncer, construction worker, photographer, rare coin dealer, and soldier.

GOR002303194
9781847562272
1847562272
Snow Angels by James Thompson
James Thompson
Used - Very Good
Paperback
HarperCollins Publishers
2010-11-25
336
N/A
Book picture is for illustrative purposes only, actual binding, cover or edition may vary.
This is a used book - there is no escaping the fact it has been read by someone else and it will show signs of wear and previous use. Overall we expect it to be in very good condition, but if you are not entirely satisfied please get in touch with us
Trustpilot