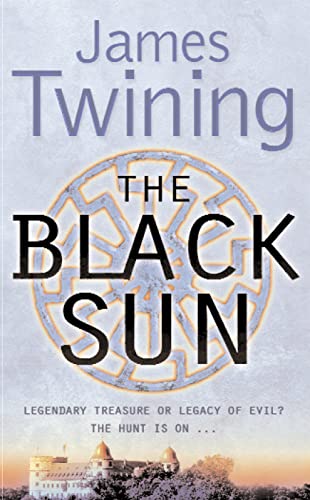 The Black Sun
by James Twining

The Black Sun by James Twining

In London, an Auschwitz survivor is murdered in his hospital bed, his killers making off with a macabre trophy - his severed left arm.

In Fort Mead, Maryland, a vicious gang breaks into the NSA museum and steals a World War II Enigma machine, lynching the guard who happens to cross their path.

Meanwhile, in Prague, a frenzied and mindless anti-Semitic attack on a synagogue culminates in the theft of a seemingly worthless painting by a little known Czech artist called Karel Bellak.

A year has passed since Tom Kirk, the world's greatest art thief, decided to put his criminal past behind him and embark on a new career, on the right side of the law . Then three major thefts occur, and suddenly Tom is confronted with a deadly mystery and a sinister face from the past.

Praise for `The Black Sun'

'A story that harks back to the Nazis, Hitler, and a legendary treasure. What more could you want? If there's a better thriller this year I would like to see it' Jack Higgins, author of `Without Mercy' and `The Eagle Has Landed'.

Praise for `The Double Eagle.'

`A carefully constructed tale straight out of the Dan Brown mould of thriller writing.'
Sunday Sun

'This would make the perfect Tom Cruise movie.'
The Independent on Sunday

`A captivating, engrossing debut...a fast-paced tale of international crime and skullduggery written with style and panache. Twining is a worthy successor to Forsyth, Follett, and Higgins. Highly recommended.' Christoper Reich

James Twining was born in London but spent much of his childhood in Paris. After graduating from Oxford University with a first class degree in French Literature, he worked in Investment Banking for four years before leaving to set up his own company which he then sold three years later, having been named as one of the eight "Best of Young British" Entrepreneurs in The New Statesman magazine. James lives in London with his wife and baby daughter.

GOR000487570
The Black Sun by James Twining
James Twining
Used - Very Good
Paperback
HarperCollins Publishers
2006-08-26
592
0007190174
9780007190171
N/A
Book picture is for illustrative purposes only, actual binding, cover or edition may vary.
This is a used book - there is no escaping the fact it has been read by someone else and it will show signs of wear and previous use. Overall we expect it to be in very good condition, but if you are not entirely satisfied please get in touch with us.