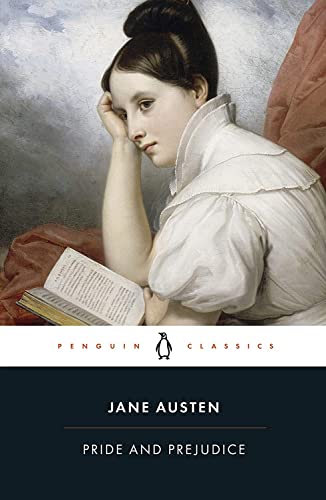 Pride and Prejudice
by Jane Austen

Used Price
£2.69
New RRP £5.99
Free Shipping in the UK
When Elizabeth Bennet first meets eligible bachelor Fitzwilliam Darcy, she thinks him arrogant and conceited; he is indifferent to her good looks and lively mind. When she later discovers that Darcy has involved himself in the troubled relationship between his friend Bingley and her sister Jane, she is determined to dislike him more than ever.
Very Good Good Well Read

Pride and Prejudice by Jane Austen

With its 'light and bright and sparkling' dialogue, its romantic denouement and its lively heroine, Pride and Prejudice is Jane Austen's most perennially popular novel. The love story of Elizabeth Bennet and Fitzwilliam Darcy, who misjudge, then challenge and change each other, is also a novel about the search for happiness and self- knowledge in a world of strict social rules, where a woman must marry well to survive.

Edited with an introduction and notes by VIVIEN JONES

"The wit of Jane Austen has for partner the perfection of her taste." --Virginia Woolf

"Nobody has ever been slyer with characters than Austen." --Marlon James, "My 10 Favorite Books," in T: The New York Times Style Magazine