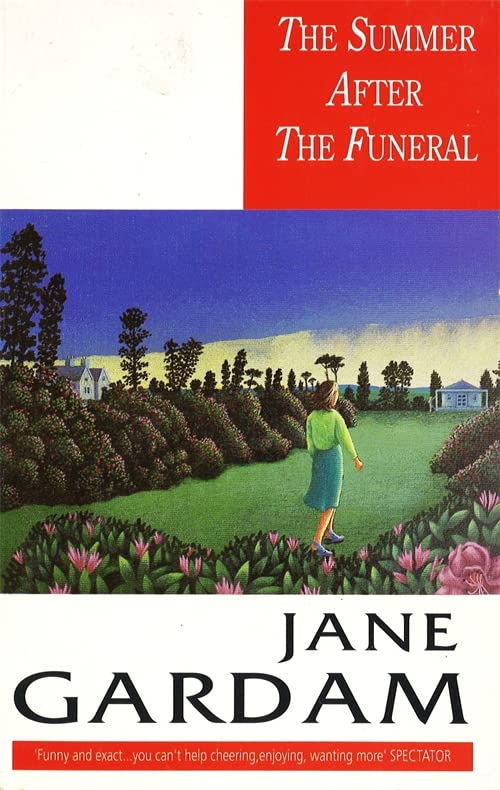 Summer After The Funeral
by Jane Gardam

In Stock
£5.99
A mysterious clergyman is dead. His daughter Athene is desolate. Through a muddle and the vagueness of her family, Athene finds herself in the summer after her father's funeral marooned in a cottage with a painter, then in a hotel and finally in a school, empty apart from a schoolmaster.
Good Well Read
Only 2 left

Summer After The Funeral Summary

Summer After The Funeral by Jane Gardam

A rather mysterious old clergyman is dead, and his most adoring child, sixteen-year-old Athene is desolate. A statuesque beauty, greatly admired, she is also lonely, untouchable and living a secret life of fairly dangerous fantasy.

Athene's mother, at once highly organised and monumentally vague, dispatches her children to spend the holidays with assorted friends and relatives. For Athene, victim of plans gone awry, that golden summer after the funeral becomes deliciously puzzling fodder for her fantasy. Stuck in a seaside hotel with an inarticulate and beautiful boy, marooned in a seaside cottage with a painter, and finally alone in an empty school with a young master, she finds that men are not all as saintly as her father- and that she is far from saintly herself...

Summer After The Funeral Reviews

Funny and exact...you can't help cheering, enjoying, wanting more. * SPECTATOR *
The pattern of THE SUMMER AFTER THE FUNERAL, like that of an Iris Murdoch satires, is as intricate and delicate as a mazurka... To enjoy the full impact of this marvellously entertaining book one cannot afford to skip a single word. * TLS *
Extraordinary... Mrs Gardam is a writer of original spirit, her observations acute and funny/sad. * GUARDIAN *
Jane Gardam to me is everything that's right about contemporary fiction...there's nothing more difficult than trying to catch a mood and I think she does that to perfection. * Margaret Foster *

Jane Gardam is the only writer to have been twice awarded the Whitbread Prize for Best Novel of the Year, for The Queen of the Tambourine and The Hollow Land. She also holds a Heywood Hill Literary Prize for a lifetime's contribution to the enjoyment of literature. She is the author of a number of volumes of acclaimed stories including Black Faces, White Faces (David Higham Prize and the Royal Society of Literature's Winifred Holtby Prize); The Pangs of Love (Katherine Mansfield Prize); Going into a Dark House (Silver Pen Award from PEN); Missing the Midnight; and The People on Privilege Hill.

Jane Gardam was born in Yorkshire and now lives in east Kent and the Pennines. She is married with three grown-up children. She was awarded an OBE in January 2009.

GOR001215633
Summer After The Funeral by Jane Gardam
Jane Gardam
Used - Good
Paperback
Little, Brown Book Group
1992-06-11
192
0349102457
9780349102450
N/A
Book picture is for illustrative purposes only, actual binding, cover or edition may vary.
This is a used book - there is no escaping the fact it has been read by someone else and it will show signs of wear and previous use. Overall we expect it to be in very good condition, but if you are not entirely satisfied please get in touch with us.