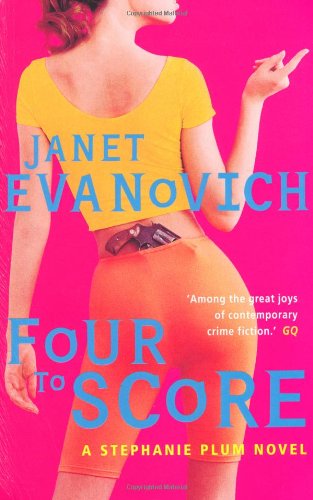 Stephanie Plum is back, better than ever. This is smart, sassy ass-kicking crime ... what more could a girl ask for?

The problem with being a bounty hunter is it's all on-the-job training. And Stephanie Plum is still learning the ways to get yourself killed. Take the case of Maxine Norwicki....

In fact the notes are so indecipherable that Stephanie has to call on the help of Sally Sweet, giant drag queen and code-breaker extraordinaire. And Steph's knight errant, cop Joe Morelli. is also proving useful - although he can't decide what he wants most: Maxine's bounty or Stephanie's body.

Meanwhile a friend loses a finger, a mother is scalped, an apartment is firebombed and a store clerk is murdered. And out in the street, the crazy treasure hunt game goes on....

'As smart and sassy as high-gloss wet paint.' Time Out

' Among the great joys of contemporary crime fiction.' GQ

'All the easy class and wit that you expect to find in the best American TV Comedy, but too rarely find in modern fiction.' GQ

GOR001244023
9780330371223
0330371223
Four to Score by Janet Evanovich
Janet Evanovich
Used - Very Good
Paperback
Pan Macmillan
1999-05-01
320
N/A
Book picture is for illustrative purposes only, actual binding, cover or edition may vary.
This is a used book - there is no escaping the fact it has been read by someone else and it will show signs of wear and previous use. Overall we expect it to be in very good condition, but if you are not entirely satisfied please get in touch with us
Trustpilot