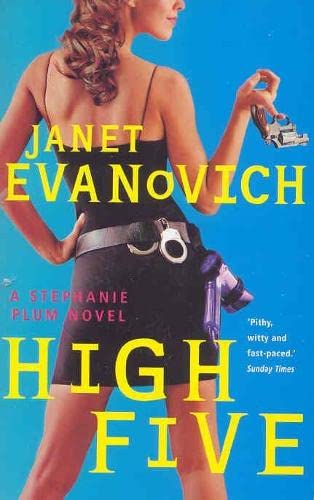 A funny, sex crime thriller? It must be another hilarious Stephanie Plum adventure. The perfect beach read.

Stephanie Plum has a whole lot of trouble on her doorsteps.

Her Uncle Fred has disappeared and Grandma Mazur is convinced he's been abducted by aliens.

Meanwhile, cousin Vinnie has asked her to bring in the vertically challenged Randy Briggs who's jumped bail. But instead of coming quietly, he has taken up residence in Stephanie's closet. The mysterious man called Bunchy is trailing Stephanie in the hope of tracking down Fred. And Benito Ramirez is back from jail, quoting Scripture and vowing to introduce Stephanie to God - face to face.

Thankfully Joe Morelli, the irresistible cop, is still around to give her the odd sleepless night - through now he faces tough competition from the enigmatic Ranger....

'Hooray for Janet Evanovich who continues to enliven the literary crime scene. One of the funniest books in the series.' Sunday Telegraph

GOR001050075
9780330371230
0330371231
High Five by Janet Evanovich
Janet Evanovich
Used - Very Good
Paperback
Pan Macmillan
2000-06-23
352
N/A
Book picture is for illustrative purposes only, actual binding, cover or edition may vary.
This is a used book - there is no escaping the fact it has been read by someone else and it will show signs of wear and previous use. Overall we expect it to be in very good condition, but if you are not entirely satisfied please get in touch with us
Trustpilot