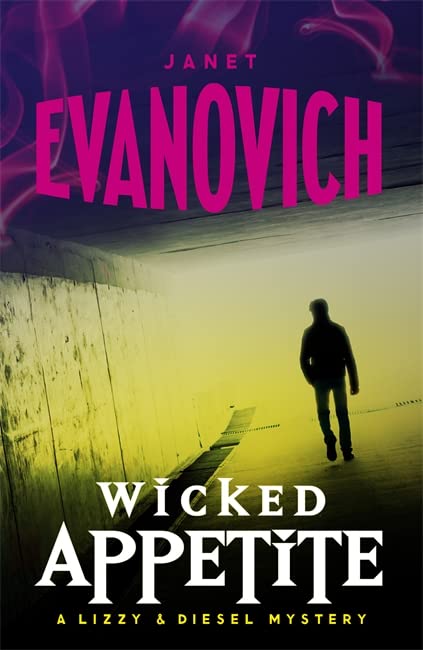 The Seven Deadly Sins were never so much fun... The first Lizzy and Diesel mystery in the WICKED series from No. 1 New York Times bestselling Janet Evanovich, author of the Stephanie Plum mysteries.

Chaos. Curses. And a possible apocalypse.

Lizzy Tucker leads a quiet life in Salem, Massachusetts, whipping up the sell-out treats of Dazzle's Bakery. Until the day two handsome, charming men, Wulf and Diesel, appear on her doorstep, both after one thing: her. Lizzy is the key to finding the Seven Stones of Power, representing the Seven Deadly Sins. Wulf wants them to open the door to Hell. Diesel wants to stop him.

'I absolutely loved this book. . .I just could not put it down' * Goodreads *
'We're huge fans of Janet Evanovich... one of the most enjoyable reads of the year' * Bella *
'As usual Evanovich has you laughing out loud throughout. An excellent read' * Best *
JANET EVANOVICH is the No. 1 New York Times bestselling author of the Stephanie Plum novels including Look Alive Twenty-Five and Hardcore Twenty-Four the Knight and Moon novels including Dangerous Minds, co-written with Phoef Sutton; the Fox & O'Hare series - The Heist, The Chase, The Job, The Scam and The Pursuit - co-written with Lee Goldberg; the Lizzy and Diesel novels including most recently Wicked Charms, co-written with Phoef Sutton. She has won several major crime fiction awards including the CWA John Creasey Award, Dilys Award and Silver Dagger. Janet's website can be found at www.evanovich.com. She is on Twitter - @janetevanovich - and Facebook - /JanetEvanovich.
GOR003215785
9780755352784
0755352785
Wicked Appetite (Wicked Series, Book 1) by Janet Evanovich
Janet Evanovich
Wicked Series
Used - Very Good
Paperback
Headline Publishing Group
2011-08-16
384
N/A
Book picture is for illustrative purposes only, actual binding, cover or edition may vary.
This is a used book - there is no escaping the fact it has been read by someone else and it will show signs of wear and previous use. Overall we expect it to be in very good condition, but if you are not entirely satisfied please get in touch with us
Trustpilot