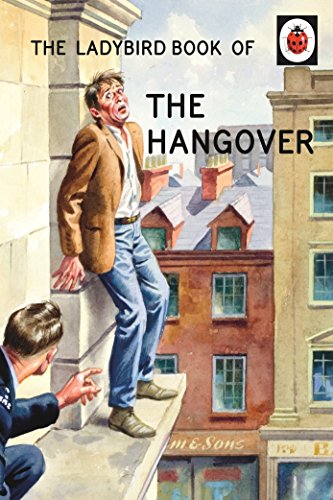 The Ladybird Book of the Hangover
by Jason Hazeley

In Stock
£3.59
Helps grown-ups with the world about them. With large clear script, the careful choice of words, the frequent repetition and the thoughtful matching of text with pictures all enable, this title enables grown-ups to think they have taught themselves to cope.
Like New Very Good Good
14 in stock

The Ladybird Book of the Hangover Summary

The Ladybird Book of the Hangover by Jason Hazeley

'A good hangover should be a total mystery to you. How did this happen? Why do you feel so ill?

'What a confusing world it can seem with a hangover.

Sit as still as you can. Do not attempt to make any decisions.

This delightful book is the latest in the series of Ladybird books which have been specially planned to help grown-ups with the world about them.

GOR008015914
The Ladybird Book of the Hangover by Jason Hazeley
Jason Hazeley
Ladybirds for Grown-Ups
Used - Like New
Hardback
Penguin Books Ltd
2015-10-29
56
0718183517
9780718183516
N/A
Book picture is for illustrative purposes only, actual binding, cover or edition may vary.
This is a used book - there is no escaping the fact it has been read by someone else and it will show signs of wear and previous use. Overall we expect it to be in very good condition, but if you are not entirely satisfied please get in touch with us.