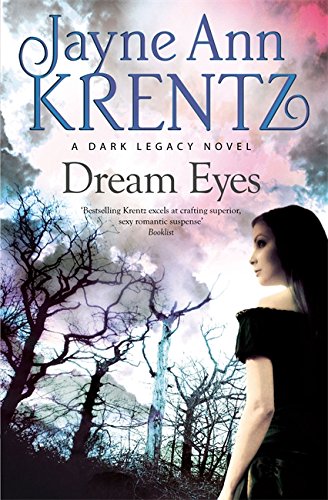 In Stock
£2.69
Jayne Ann Krentz's powerful new romantic suspense series is full of mystery, intrigue - and a dash of the paranormal
Very Good
Only 2 left

A suspicious death. A ghost in a mirror. The second Dark Legacy novel from the New York Times bestselling author known for crafting novels of burning passion and chilling suspense . . .

Gwen Frazier is no stranger to ghosts. She sees them in pools of water, windows, mirrors - any reflective surface - at the scene of their violent deaths. But finding justice for the dead is something she's not trained to do and a luxury she can't afford. What pays the bills is her work as a psychic counsellor who sees auras and interprets dreams. But the death of her friend and mentor, Evelyn Ballinger, brings Gwen back to the small town of Wilby, Oregon, and brings back memories she would rather forget. And suddenly, she finds herself a suspect.

Enter Judson Coppersmith - a man of startling power and disturbing energy. Sent by a friend to help Gwen, the psychic investigator arrives in Wilby barely in control of his own talent and his own life, haunted by urgent dreams. His attraction to Gwen is primal, but there are secrets he must keep to protect himself from surrendering to her completely. As their investigation into deaths past and present draws them ever closer to danger, Gwen finds herself going too far - into dreamscapes, into decades of deception, and into the fires of a desire too strong to resist . . .

Jayne Ann Krentz, who also writes historical and futuristic fiction under the pseudonyms Amanda Quick and Jayne Castle respectively, has more than fifty New York Times bestsellers under various pen names; more than thirty-five million copies of her books are in print. She lives in the Pacific Northwest. www.jayneannkrentz.com

GOR005577857
Dream Eyes: Number 2 in series by Jayne Ann Krentz
Jayne Ann Krentz
Dark Legacy
Used - Very Good
Paperback
Little, Brown Book Group
2014-01-07
336
0749956275
9780749956271
N/A
Book picture is for illustrative purposes only, actual binding, cover or edition may vary.
This is a used book - there is no escaping the fact it has been read by someone else and it will show signs of wear and previous use. Overall we expect it to be in very good condition, but if you are not entirely satisfied please get in touch with us.