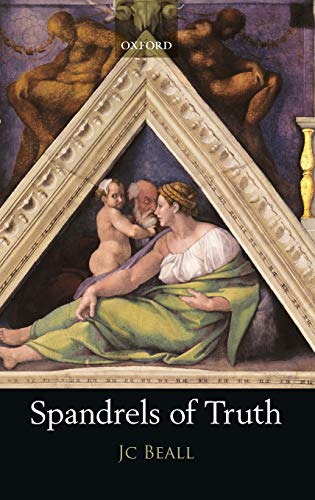 Spandrels of Truth
by Jc Beall (University of Connecticut)

In Stock
£18.99
Jc Beall presents a new theory of 'transparent' truth. A prominent philosophical view of truth is as an entirely see-through device introduced for only practical (expressive) reasons. Beall's modest dialetheic theory shows how the notorious paradoxes associated with transparency can be dealt with.
Very Good
Only 1 left

Spandrels of Truth by Jc Beall (University of Connecticut)

Among the various conceptions of truth is one according to which 'is true' is a transparent, entirely see-through device introduced for only practical (expressive) reasons. This device, when introduced into the language, brings about truth-theoretic paradoxes (particularly, the notorious Liar and Curry paradoxes). The options for dealing with the paradoxes while preserving the full transparency of 'true' are limited. In Spandrels of Truth, Beall concisely presents and defends a modest, so-called dialetheic theory of transparent truth.

The account offered is unique among recent treatments of the paradoxes for saving a perfectly transparent truth predicate, whereby x and x is true are fully intersubstitutable. This feature, and its stabilisation within a bivalent framework, give the book considerable specialist interest. but the informality of the treatment, achieved without significant compromise of rigour, provides in addition for a remarkably effective and readable introduction to the contemporary debate about the paradoxes. * Crispin Wright, New York University *
...although paradoxes such as the Liar have provided the main motivation for dialetheism, it is remarkable that previous dialetheic theories do not preserve the minimalist view of truth. Spandrels of Truth is the first dialetheic attempt to do so, and it addresses the main problems (e.g. the conditional) that a dialetheic minimalist must face. It is a very welcome addition to the literature. * Hartry Field, New York University *
In this excellent book, Beall defends this combination of dialethism and transparency, drawing out its consequences with clarity and verve. The book also serves as an introduction to transparent theories of truth more generally, by including a valuable discussion of the leading rival: Field's transparent but non-dialethic account. It adds up to an attractive package: if I were a dialethist, I'd be Beall's kind of dialethist! * Robert Williams, University of Leeds *
JC Beall concisely presents and defends a simple, modest, dialetheic approach to truth and semantic paradoxes... it does a great job in presenting and defending its ideas... an excellent and readable introduction to the contemporary technical discussions about truth and semantic paradoxes. * Wen-fang Wang, Notre Dame Philosophical Reviews *

About Jc Beall (University of Connecticut)

Jc Beall is a Professor of Philosophy at the University of Connecticut, a member of the UConn Group in Logic, and an Associate Fellow of Arche, the AHRC Research Centre for the Philosophy of Logic, Language, Mathematics, and Epistemology. Though having wide philosophical interests, Beall has published mainly in philosophical logic and the philosophy of logic.

1. The Basic Picture ; 2. Suitable Conditional ; 3. Just True ; 4. A Look at the Field ; 5. Objections and Replies ; 6. Appendix Overlap Without Inconsistency? ; References

GOR009973380
Spandrels of Truth by Jc Beall (University of Connecticut)
Jc Beall (University of Connecticut)
Used - Very Good
Hardback
Oxford University Press
2009-04-23
170
0199268738
9780199268733
N/A
Book picture is for illustrative purposes only, actual binding, cover or edition may vary.
This is a used book - there is no escaping the fact it has been read by someone else and it will show signs of wear and previous use. Overall we expect it to be in very good condition, but if you are not entirely satisfied please get in touch with us.