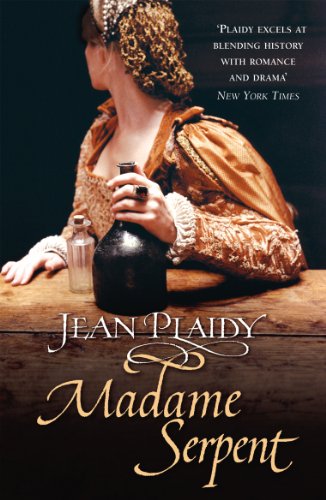 In Stock
£10.99
Sullen-eyed and broken-hearted, fourteen-year-old Catherine de' Medici arrives in Marseilles to marry Henry of Orleans, second son of the King of France.
New£10.99
Only 1 left

Sullen-eyed and broken-hearted, fourteen-year-old Catherine de' Medici arrives in Marseilles to marry Henry of Orleans, second son of the King of France. On the promise of a dowry fit for a king, Catherine has left her true love in Italy, forced into trading her future for a stake in the French crown. Amid the glittering fetes and banquets of the most immoral court in sixteenth-century Europe, the reluctant bride becomes a passionate but unwanted wife. Humiliated and unloved, Catherine spies on Henry and his lover, the infamous Diane de Poitiers. And, tortured by what she sees, Catherine becomes dangerously occupied by a ruthless ambition destined to make her the most despised woman in France: the dream that one day the French crown will be worn be a Medici heir...

"Her novels are still very much to be enjoyed ... Any writer who can both educate and thrill a reader of any age deserves to be remembered and find new fans ... One only has to look at the TV/Media to see that the appetite for this kind of writing is still very much there" -- Matt Bates * WH Smith Travel *
"Madame Serpent is the best kind of historical novel - one into which we sink with pleasure and a feeling of undeserved education" * Spectator *
"Plaidy excels at blending history with romance and drama" * New York Times *
"Jean Plaidy, by the skilful blending of superb storytelling and meticulous attention to authenticity of detail and depth of charaterization has become one of the country's most widely read novelists" * Sunday Times *
"Full-blooded, dramatic, exciting" * Observer *

Jean Plaidy, one of the preeminent authors of historical fiction for most of the twentieth century, is the pen name of the prolific English author Eleanor Hibbert, also know as Victoria Holt. Jean Plaidy's novels had sold more than 14 million copies worldwide by the time of her deah in 1993. For further information about our Jean Plaidy reissues and mailing list, please visit www.randomhouse.co.uk/minisites/jeanplaidy