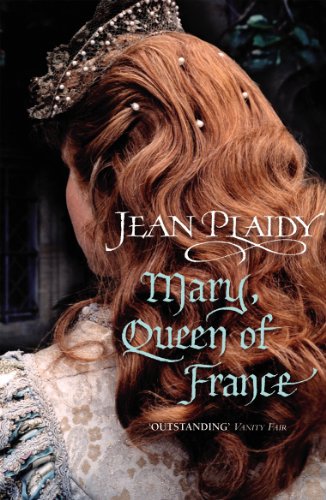 Out of Stock
The ninth of Jean Plaidy's Tudor novels - the story of Princess Mary Tudor, a celebrated beauty and born rebel who would defy the most powerful king in Europe; Mary is unwillingly sent to France to marry the ailing King Louis, leaving behind her true love, Charles Brandon.
Very Good
Only 0 left

The ninth of Jean Plaidy's Tudor novels - the story of Princess Mary Tudor, a celebrated beauty and born rebel who would defy the most powerful king in Europe; her brother, Henry VIII. Princess Mary Rose is the youngest sister of King Henry VIII, and one of the few people whom he adores unconditionally. Known throughout Europe for her charm and beauty, Mary is the golden child of the Tudor family and is granted her every wish. Except when it comes to marriage. Henry, locked in a political showdown with France, decides to offer up his pampered sister to secure peace between the two mighty kingdoms. Mary is unwillingly sent to France to marry the ailing King Louis, leaving behind her true love, Charles Brandon. But she will do anything to be reunited with Charles, even defy her brother, the most feared man in Europe...

"Her novels are still very much to be enjoyed ... Any writer who can both educate and thrill a reader of any age deserves to be remembered and find new fans ... One only has to look at the TV/Media to see that the appetite for this kind of writing is still very much there" -- Matt Bates * WH Smith Travel *
"Jean Plaidy doesn't just write the history, she makes it come alive." -- Julia Moffat, RNA
"This recaptures the colour and the lusty dishonesty of the French and English courts of the 16th century. Plaidy addicts will love it" * Evening Standard *
"These books are page-turners; they offer a wonderful way to learn about history, their heroines are smart, strong and in control of their destinies and their stories will remain with you for ever...They are a celebration of women's spirit throughout history." * Daily Express *
"Full-blooded, dramatic, exciting" * Observer *

Jean Plaidy, one of the pre-eminent authors of historical fiction for most of the twentieth century, is the pen name of the prolific English author Eleanor Hibbert, also know as Victoria Holt. Jean Plaidy's novels had sold more than 14 million copies worldwide by the time of her death in 1993. For further information about our Jean Plaidy reissues and mailing list, please visit www.randomhouse.co.uk/minisites/jeanplaidy

GOR001132682
Mary, Queen of France: (Tudor Saga) by Jean Plaidy
Jean Plaidy
Tudor Saga
Used - Very Good
Paperback
Cornerstone
2007-06-07
368
0099493322
9780099493327
N/A
Book picture is for illustrative purposes only, actual binding, cover or edition may vary.
This is a used book - there is no escaping the fact it has been read by someone else and it will show signs of wear and previous use. Overall we expect it to be in very good condition, but if you are not entirely satisfied please get in touch with us.