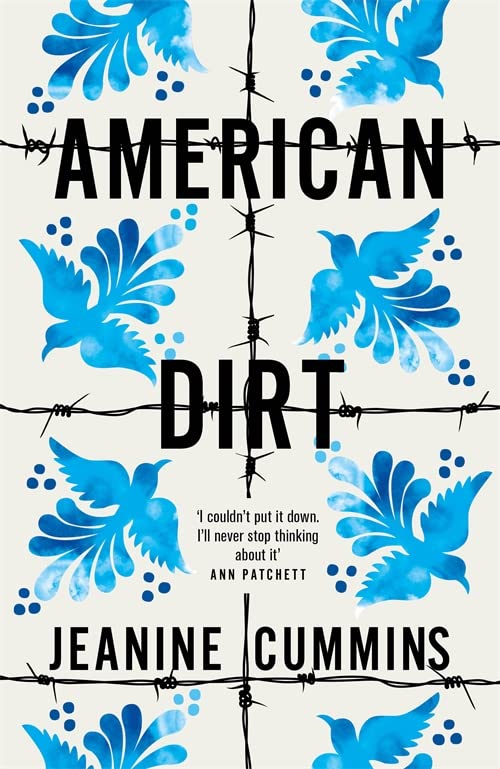 *NOW A BBC RADIO 4 BOOK AT BEDTIME*
'Breathtaking... I haven't been so entirely consumed by a book for years' Telegraph
'I'll never stop thinking about it' Ann Patchett

Vivid, visceral, utterly compelling, AMERICAN DIRT is an unforgettable story of a mother and son's attempt to cross the US-Mexico border. Described as 'impossible to put down' (Saturday Review) and 'essential reading' (Tracy Chevalier), it is a story that will leave you utterly changed.

Today, her eight-year-old son Luca is all she has left.

Devastating and timely... its hard to imagine there will be a more urgent or politically relevant novel this year * Observer *
This book is not simply the great American novel; it's the great novel of las Americas. It's the great world novel! This is the international story of our times. Masterful -- Sandra Cisneros
Tough, powerful... AMERICAN DIRT made me understand better why someone would give up the home they know and love to survive, and the grit required to cross that border -- Tracy Chevalier
Heartstopping... doesn't let up... you will urge them on, fists clenched * The Times *
Stunning... remarkable... an account of love on the run that will never lose steam * Vogue *
This might be the first book many people read this year... it might also be the best * Irish Times *
Taut, tough, visceral, savage and exhilaratingly written * i-Paper *
One hell of a novel about a good woman on the run with her beautiful boy... I defy anyone to read the first seven pages of this book and not finish it -- Stephen King
AMERICAN DIRT transported me through genuine fear and had me willing on every human being struggling to get to a better life. Written with masterly restraint, it is a roaring human triumph -- Laline Paull
It's been a long time since I turned pages as fast as I did with American Dirt. Its journey is a testament to the power of fear and hope and belief that there are more good people than bad. -- John Grisham
I devoured the novel in a dry-eyed adrenalin rush... profoundly moving * Washington Post *
From its heart-stopping first sentence to its heart-shattering last, Cummins' story of immigrants is just what we need now -- Don Winslow
From the opening page your heart will be in your mouth You will never want to put this story down, Jeanine Cummins has written a novel of such moment, such danger and such compassion, it will change your view of the world -- Kirsty Wark
Urgent and unforgettable, AMERICAN DIRT leaps the borders of the page and demands attention, especially now -- Sarah Blake
Riveting, timely, a dazzling accomplishment. Jeanine Cummins makes us all live and breathe the refugee story. If a book can change hearts and transform policies, this is the one -- Julia Alvarez
Both a moral compass and a riveting read -- Ann Patchett
Devastating and timely... heartwrenching' * Observer *

Jeanine Cummins is the author of three books: the novels The Outside Boy and The Crooked Branch and one true crime work, A Rip in Heaven. She lives in New York with her husband and two children.

GOR010391755
American Dirt: THE SUNDAY TIMES AND NEW YORK TIMES BESTSELLER by Jeanine Cummins
Jeanine Cummins
Used - Like New
Hardback
Headline Publishing Group
2020-01-21
480
1472261399
9781472261397
N/A
Book picture is for illustrative purposes only, actual binding, cover or edition may vary.
The book has been read, but looks new. The book cover has no visible wear, and the dust jacket is included if applicable. No missing or damaged pages, no tears, possible very minimal creasing, no underlining or highlighting of text, and no writing in the margins.