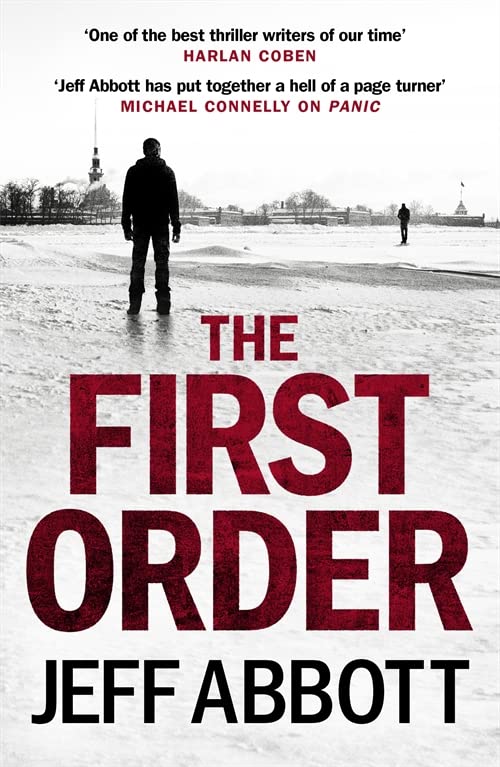 The First Order by Jeff Abbott

Packed full of action and twists, The First Order is an addictive, exhilarating thriller that shows international bestseller Jeff Abbott at the height of his powers.

The First Order by Jeff Abbott

It was the darkest day of his life.

But what if Danny was still alive?

When evidence surfaces that Danny might be leading a secret, hidden life while the world believes him to be dead, Sam uncovers a different side to the brother he thought he knew. Could Danny be plotting a murder that could change history - the assassination of the Russian president?

Determined to stop his brother from committing a murder that may cause a terrible war, Sam goes undercover in a one-man mission to save the world, but how far will he go to save his brother?

Packed full of action and twists, The First Order is an addictive, exhilarating thriller that shows international bestseller Jeff Abbott at the height of his powers.

Fast-paced, high-octane... Abbott offers plenty of twists * Publishers Weekly *
An epic struggle between two brothers during this strong installment of Abbott's series. Abbott loads his story with entertaining plot twists...the bond and betrayal between the two brothers add emotional depth to the action * Kirkus *
Fast paced and just plausible enough to satisfy readers who demand realism in their adrenaline-fueled thrillers, the book should definitely appeal to action fans. Each novel in the series can read as a stand-alone, which means newcomers can plunge right in. Go for it * Booklist *
This is a thoroughly riveting addition to one of the most compelling espionage series in modern fiction * BookPage *
Jeff Abbott is a New York Times and Sunday Times bestselling author whose books have been published in more than twenty languages. He has been nominated for numerous awards, including three times for the Edgar Award, and has won an International Thriller Writers Award, an Agatha Award and a Macavity Award. He lives in Austin with his family.
GOR007893800
9780751557350
0751557358
The First Order by Jeff Abbott
Jeff Abbott
Sam Capra
Used - Very Good
Paperback
Little, Brown Book Group
2016-10-27
464
N/A
Book picture is for illustrative purposes only, actual binding, cover or edition may vary.
This is a used book - there is no escaping the fact it has been read by someone else and it will show signs of wear and previous use. Overall we expect it to be in very good condition, but if you are not entirely satisfied please get in touch with us
Trustpilot