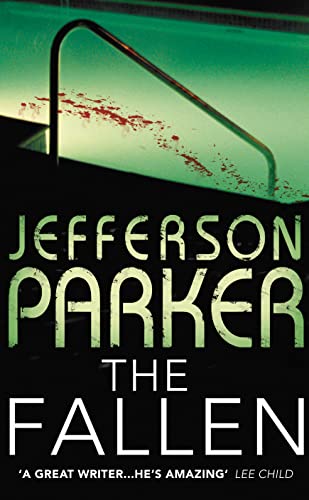 The Fallen
by Jefferson Parker

A detective with a unique gift, a tragic suicide and big city corruption - `The Fallen' is the stunning new thriller from the author of `The Blue Hour': `a great writer... he's amazing' Lee Child

The Fallen by Jefferson Parker

A detective with a unique gift, a tragic suicide and big city corruption - `The Fallen' is the stunning new thriller from the author of `The Blue Hour': `a great writer... he's amazing' Lee Child

What if you could tell someone was a killer just by looking at them?

Detective Robbie Brownlaw can. A six-storey plunge from a burning hotel leaves him with the usual broken bones - and something different. Synesthesia. The ability to see words and emotions as colours makes Robbie a human lie detector.

It's a condition that might have helped Garrett Asplundth. Hired to look into rumours surrounding a certain madam's Little Black Book, Garrett found a lot more than the usual round of losers and sad husbands. But the dirt came at a high price.

Now he's dead and it's only when Robbie gets hold of the book that he finds out just why Garrett was so curious - and why others will kill to get it back...

Praise for `The Fallen':

`Writes with intelligence, style and sensitivity, and he belongs in the first rank of American crime novelists.' Washington Post

`Deft...his dialogue crackles and pops in an intricate and well-paced tale set in a city where shadowy characters lurk beneath sunny skies.' Booklist

`Parker has only one rival - Thomas Harris.' Washington Post

`One of our top writers.' Harlan Coben

`I rank the crime novels of Jefferson Parker up there with the best.' Sue Grafton

Jefferson Parker lives in Laguna Beach, California. When not working on his books, Parker spends his time with his family, hiking, hunting and fishing, and haunting the public tennis courts.

GOR001188936
The Fallen by Jefferson Parker
Jefferson Parker
Used - Very Good
Paperback
HarperCollins Publishers
2007-06-18
480
0007202555
9780007202553
N/A
Book picture is for illustrative purposes only, actual binding, cover or edition may vary.
This is a used book - there is no escaping the fact it has been read by someone else and it will show signs of wear and previous use. Overall we expect it to be in very good condition, but if you are not entirely satisfied please get in touch with us.