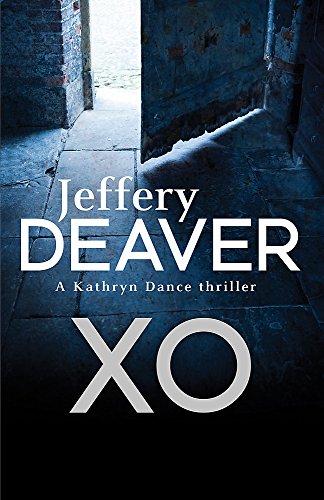 Kayleigh Towne is a beautiful and successful singer-songwriter, and Edwin Sharp is her biggest fan. When she replies to one of his fan letters with 'XO', Edwin is convinced she loves him, and that her latest hit song 'Your Shadow' was written for him. Nothing Kayleigh or her lawyers can say persuades him otherwise.

Then the singer gets an anonymous phone call; it's the first verse of 'Your Shadow' playing. Soon after, one of the crew is horribly murdered. Kayleigh's friend Kathryn Dance, a special agent with the California Bureau of Investigation, knows that stalking crimes are not one-off occurrences, and, sure enough, more verses of the song are played as warnings of death to follow. With a little help from forensic criminalist Lincoln Rhyme, Dance must use her kinesic and investigative skills in an attempt to find the killer before more people die.

Deaver has written the actual song, 'Your Shadow'. Readers are able to download it from www.jefferydeaver.com.

GOR004712959
XO: Kathryn Dance Book 3 by Jeffery Deaver
Jeffery Deaver
Kathryn Dance thrillers
Used - Very Good
Paperback
Hodder & Stoughton General Division
2012-12-18
512
0340937335
9780340937334
N/A
Book picture is for illustrative purposes only, actual binding, cover or edition may vary.
This is a used book - there is no escaping the fact it has been read by someone else and it will show signs of wear and previous use. Overall we expect it to be in very good condition, but if you are not entirely satisfied please get in touch with us.