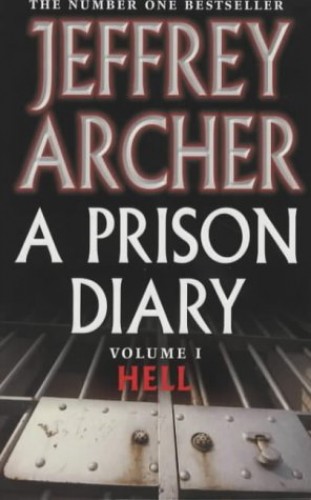 A Prison Diary Volume I
by Jeffrey Archer

In Stock
£2.39
The No.1 bestseller and storyteller writes a forceful account of life inside the British penal system.
Very Good Good Well Read
11 in stock

A Prison Diary Volume I Summary

A Prison Diary Volume I: Hell by Jeffrey Archer

The sun is shining through the bars of my window on what must be a glorious summer day. I've been incarcerated in a cell five paces by three for twelve and a half hours, and will not be let out again until midday; eighteen and a half hours of solitary confinement. There is a child of seventeen in the cell below me who has been charged with shoplifting - his first offence, not even convicted - and he is being locked up for eighteen and a half hours, unable to speak to anyone. This is Great Britain in the twenty-first century, not Turkey, not Nigeria, not Kosovo, but Britain.

On Thursday 19 July 2001, after a perjury trial lasting seven weeks, Jeffrey Archer was sentenced to four years in jail. He was to spend the first twenty-two days and fourteen hours in HMP Belmarsh, a double A-Category high-security prison in South London, which houses some of Britain's most violent criminals.

Hell, the first volume in Archer's The Prison Diaries, is the author's daily record of the time he spent there.

A Prison Diary Volume I Reviews

A haunting and compelling insight into prison life * Daily Mail *
The finest thing that he has ever written * Independent on Sunday *
Surprisingly effective . . . a devastating critique written simply and directly * Sunday Times *

Jeffrey Archer, whose bestselling novels span from Not a Penny More, Not a Penny Less to Kane and Abel and The Eleventh Commandment, has sold over 120 million books throughout the world. In 1992 he was elevated to the House of Lords. In August 2001 he was sentenced to four years in prison for perjury. During that time he wrote three Prison Diaries. He is married with two children.

GOR001174128
A Prison Diary Volume I: Hell by Jeffrey Archer
Jeffrey Archer
The Prison Diaries
Used - Very Good
Paperback
Pan Macmillan
2003-07-24
272
0330418599
9780330418591
N/A
Book picture is for illustrative purposes only, actual binding, cover or edition may vary.
This is a used book - there is no escaping the fact it has been read by someone else and it will show signs of wear and previous use. Overall we expect it to be in very good condition, but if you are not entirely satisfied please get in touch with us.