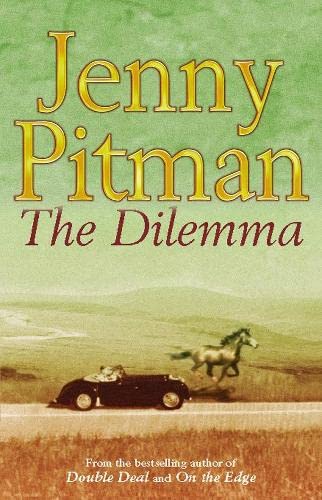 The Dilemma
by Jenny Pitman

The Dilemma by Jenny Pitman

Young widow Jan Hardy is a successful racehorse trainer, an independent, determined woman working alone in a predominantly male world. After the death of her husband, her priority has been to provide for her two young children. But the world of horseracing is often rife with treachery and corruption.

Betrayed by a family of owners, Jan finds herself in a desperate situation. And so when Gary West, an Australian billionaire, asks her to find and train eight premium National Hunt horses - it seems too good to be true. But just as things are looking up for Jan, Gary's massive, multi-faceted business empire is running into trouble, and he is becoming increasingly elusive.

In the midst of this compelling tale is the story of a woman's yearning for emotional support and a chance to secure stability for her family. Eddie Sullivan, it seems, might be the man she needs, but he too has a past to deal with and Jan must face perhaps the most painful dilemma of her life . . .

Jenny Pitman grew up on a Leicestershire farm run by her parents and is well known throughout the equine world as the first woman of racing. She has achieved success in the world's toughest races and has landed two Grand Nationals. In 1984 she became the first woman to train a Cheltenham Gold Cup winner. Jenny has also trained the winners of the Scottish, Welsh and Irish Grand Nationals. This is her third novel.

GOR000567568
The Dilemma by Jenny Pitman
Jenny Pitman
Used - Very Good
Paperback
Pan Macmillan
2004-03-05
560
0330412965
9780330412964
N/A
Book picture is for illustrative purposes only, actual binding, cover or edition may vary.
This is a used book - there is no escaping the fact it has been read by someone else and it will show signs of wear and previous use. Overall we expect it to be in very good condition, but if you are not entirely satisfied please get in touch with us.