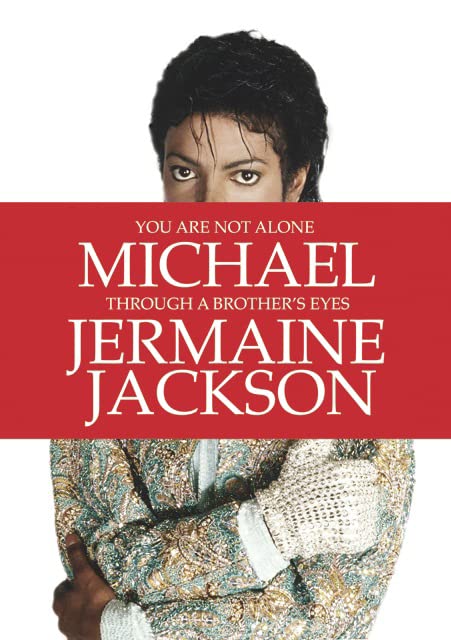 You Are Not Alone
by Jermaine Jackson

`This is the truth as we know it. I have read so much about what people think they know about Michael, but this is about what really happened.' Jermaine Jackson

You Are Not Alone Summary

You Are Not Alone: Michael, Through a Brother's Eyes by Jermaine Jackson

`This is the truth as we know it. I have read so much about what people think they know about Michael, but this is about what really happened.' Jermaine Jackson

You Are Not Alone is an intimate, loving portrait of Michael Jackson, illuminating the private man like never before. It is an invitation into Michael's real character, private insights and hidden feelings: the innermost thoughts of a fiercely private individual.

Jermaine Jackson knew Michael like only a brother can. In You Are Not Alone Jermaine brings light to the man behind the mask of superstardom, an identity that has lingered in the shadows for too long. You Are Not Alone is a celebration of the real Michael: the boy who shared a tiny bunkbed with Jermaine at 2300 Jackson Street, Gary, Indiana; the brother with whom Jermaine shared laughter, tears and memories; the boy who would grow up to become a legend.

Raw, honest and incredibly moving, You Are Not Alone is also a sophisticated, no-holds-barred examination of Michael Jackson, aimed at fostering a true and final understanding of who he was and what shaped him. This is Michael Jackson - the man, not the legend - through a brother's eyes.

If you love Michael Jackson, this is the only book you will want to read.

If you think you know the Michael Jackson story, it's time to think again.

You Are Not Alone Reviews

`Memories are described with great intimacy and detail... It feels real. I've read just about everything written on MJ, and You Are Not Alone belongs among the best.' Joe Vogel, author of Man in the Music: The Creative Life and Work of Michael Jackson

`[Jermaine argues his case about Michael] with patient conviction.' Mail on Sunday

`I picked up the book for the train home... and put it down at 1am. It was the most extraordinary read' Chris Tarrant, Radio 2

`Offers a unique perspective on the world's greatest entertainer.' The Voice

`It's a book of love.' Barbara Walters, speaking on The View

Jermaine Jackson was an original member of the Jackson 5. Singer, record producer and composer, Jermaine has been widely perceived as the family's spokesperson both before and after Michael's death. He is the father to seven children and lives in Los Angeles with his wife, Halima.

GOR004797663
You Are Not Alone: Michael, Through a Brother's Eyes by Jermaine Jackson
Jermaine Jackson
Used - Very Good
Paperback
HarperCollins Publishers
2011-09-01
464
0007435673
9780007435678
N/A
Book picture is for illustrative purposes only, actual binding, cover or edition may vary.
This is a used book - there is no escaping the fact it has been read by someone else and it will show signs of wear and previous use. Overall we expect it to be in very good condition, but if you are not entirely satisfied please get in touch with us.