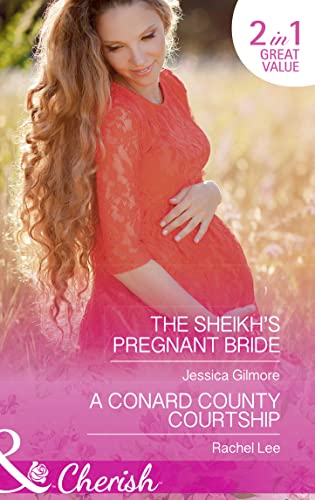 Idris Delacour never expected to be king of Dalmaya, but his cousin's sudden death changes his destiny. And there's a royal baby on the way, too! Only, for the unborn heir to inherit the throne, Idris must marry surrogate Saskia Harper - the one woman he's never forgotten!

Vanessa Welling hadn't planned to return to Conard City, but an unsought inheritance forces her to face unwelcome memories. Hot single dad Tim Dawson and his son have dealt with their own tragedy and, when they open their hearts to Vanessa, she's tempted to make a new start.

A charity-working, dog-walking, child-wrangling, dust-ignoring bookworm, Jessica lives in the beautiful and historic city of York with one patient husband, one daughter, one very fluffy dog, two dog-loathing cats and a goldfish called Bob. As day dreaming is her very favourite hobby and she loves a good happy-ever-after Jessica can't believe she's lucky enough to write romance for a living. Say hi on Twitter at @yrosered or visit sprigmuslin.blogspot.com Rachel Lee was hooked on writing by the age of twelve, and practiced her craft as she moved from place to place all over the United States. This New York Times bestselling author now resides in Florida and has the joy of writing full-time.

GOR008629712
The Sheikh's Pregnant Bride: The Sheikh's Pregnant Bride / A Conard County Courtship (Conard County: The Next Generation, Book 36) by Jessica Gilmore
Jessica Gilmore
Used - Very Good
Paperback
HarperCollins Publishers
2017-09-07
416
0263923363
9780263923360
N/A
Book picture is for illustrative purposes only, actual binding, cover or edition may vary.
This is a used book - there is no escaping the fact it has been read by someone else and it will show signs of wear and previous use. Overall we expect it to be in very good condition, but if you are not entirely satisfied please get in touch with us.