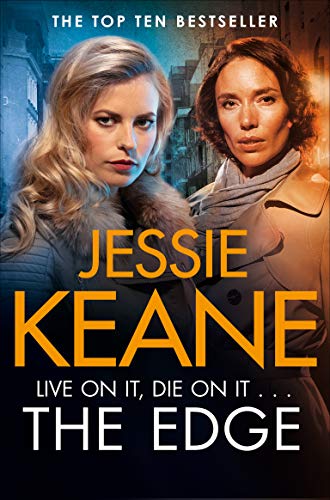 The Edge
by Jessie Keane

The Edge by Jessie Keane

With a mind sharper than a razor blade it was only a matter of time before Ruby Darke fought her way to the top. From humble beginnings she became the queen of London's retail, but she didn't get there by obeying the law.

Now with her son Kit and daughter Daisy finally by her side she's ready to start a new chapter in her life, but, unknown to all of them, enemies are circling.

There aren't many who threaten Ruby Darke and live to tell the tale. But this time, she may just have met her match.

This heart-racing series starts with Nameless and Lawless.

GOR009980191
The Edge by Jessie Keane
Jessie Keane
Ruby Darke
Used - Very Good
Paperback
Pan Macmillan
2019-07-23
464
1509854959
9781509854950
N/A
Book picture is for illustrative purposes only, actual binding, cover or edition may vary.
This is a used book - there is no escaping the fact it has been read by someone else and it will show signs of wear and previous use. Overall we expect it to be in very good condition, but if you are not entirely satisfied please get in touch with us.