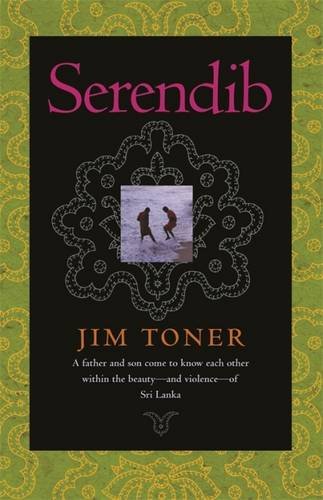 In Stock
£23.99
When John Toner, a retired Cleveland judge, decided in 1990 to spend a month with his son in war-torn Sri Lanka, he was as much a stranger to his seventh child as to the hardships of life in a third world country. This is a chronicle of the month they spent together in the poorest of conditions.
Very Good
Only 1 left

I didn't invite him. The idea was all my father's, my seventy-four-year-old father who had never been outside America and who suddenly thought that Sri Lanka, where I was a Peace Corps volunteer, would be a jolly place to visit. When John Toner, a retired Cleveland judge, decided on a whim in April 1990 to spend a month with his son in war-torn Sri Lanka, he was as much a stranger to his seventh - and last - child as he was to the hardships of life in a Third World country. Serendib chronicles the journey that follows as a father and son who have never been alone together live in close quarters, in the poorest of conditions - and replace awkwardness and distance with understanding and love. Along the way are the stories of John learning to eat with his fingers, bathing in a river alongside cows, and trading his wool trousers for a traditional sarong. We witness his coming face-to-face with a Hindu priest in a loincloth and his first encounter with the everyday violence of a country at war with itself. John watches with awe as students learn without computers, books, or even paper; he bonds with Sri Lankan children and learns, once again, how to give and how to play. Each new experience pushes Jim's father to face his fears - and brings him closer to his youngest son. Serendib offers a colorful, humorous, and touching account of multiple discoveries - of an old man exploring deep within himself, of a father and son finding each other, and of two cultures coming together on uncommon ground and awakening to the joy and hope of the life they share.

Serendib is winning and moving. More than the epic paternal story, Jim Toner's book becomes a cross-cultural tale in which a son comes to understand his own heritage against the backdrop of a strange land. It vividly portrays the mythic journey we all must take and the cultural journey we all should take--a very fine book.

Serendib is a compelling and urgent memoir. The writing is stunning, the characters fascinating and memorable, the locale of war-torn Sri Lanka, exotic. This is a story full of love, innocence, and spirituality. Very little contemporary literature possesses such sweet power.

--Sue William Silverman "author of Because I Remember Terror, Father, I Remember You "

Serendib is filled with scenes that both lay bare and redefine the relationship between father and son. . . . Because of this, and because of Toner's insightful prose, Serendib is an impressive first book.

Peace Corps volunteer Jim Toner relates the story of his 74-year-old Irish-Catholic father's unexpected visit to Sri Lanka in Serendib. Conservative, retired judge John Toner had never been outside America; his experiences during his month on the beautiful but impoverished, civil war-torn island are wryly observed through his son's eyes. . . . This book is effective not only as a touching memoir but as an illumination of a complex and fascinating culture.

GOR009932869
Serendib by Jim Toner
Jim Toner
Used - Very Good
Hardback
University of Georgia Press
2001-03-31
232
0820322695
9780820322698
N/A
Book picture is for illustrative purposes only, actual binding, cover or edition may vary.
This is a used book - there is no escaping the fact it has been read by someone else and it will show signs of wear and previous use. Overall we expect it to be in very good condition, but if you are not entirely satisfied please get in touch with us.