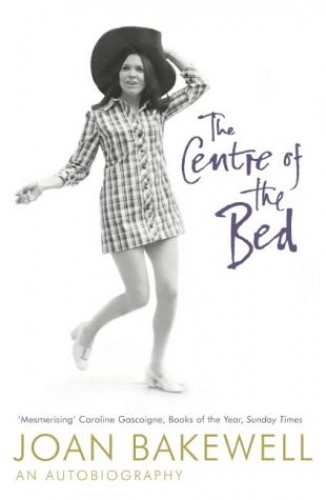 The Centre of the Bed: An Autobiography
by Joan Bakewell

In Stock
£3.99
The memoirs of a legendary figure in TV and the arts, beautifully written, honest and fascinating.
Very Good
7 in stock

The Centre of the Bed: An Autobiography Summary

The Centre of the Bed: An Autobiography by Joan Bakewell

Joan Bakewell's life and times spans the Blitz in Manchester, Cambridge during the glittering era of Michael Frayn, Peter Hall, Jonathan Miller et al, London at its most exciting in the swinging sixties and the world of the media and the arts from the 60s to the present.

As she reflects on the choices she has made and the influences that shaped her, she confronts painful childhood memories of her mother's behaviour and describes both her affair with Harold Pinter and her two marriages with remarkable honesty. Throughout she uses her own experience to explore the extraordinary change in women's roles during her lifetime.

This is no ordinary celebrity autobiography but a memoir that is beautifully written, frank and absorbing, which draws a thought-provoking portrait of Britain in the last 70 years.

Dame Joan Bakewell was awarded the BAFTA Fellowship in 2019.

The Centre of the Bed: An Autobiography Reviews

Mesmerising * Caroline Gascoigne, Books of the Year, Sunday Time *
A beautifully written, fascinating glimpse into the childhood and personal life of the woman who was one of the pioneers for equality for women in the BBC. * Lesley Pearse, Daily Mail *
She has the rare ability to observe her life from a semi-detached position and to lace her own story into the social history of our times * Michael Cockerell, Daily Mail *
Few can match Bakewell for the qualities that abound in her book: class and composure and a deeply unfashionable concern for more than her own career. * Lesley White, Sunday Times *
Wise and wry * The Times *
Bakewell's level-headed discussion of her ambivalent response to the tag (the 'thinking man's crumpet') makes fascinating reading...as does her calm but moving account of her lengthy affair with Harold Pinter. * The Sunday Times *
Like the devil in the Rolling Stones' song, Joan Bakewell was everywhere at every stage: reporting on the Cuban missile crisis, interviewing Allen Ginsberg and Vaclav Havel, taking chunks out of the Berlin Wall when it fell...draped in the kaftan of Sixties sophistication...her evocations of grief [are] powerful and honest. * Independent on Sunday *
vividly believable and tinged with sadness...a tender, unshowy memoir * Casilda Grigg, The Telegraph *
Joan Bakewell's superb autobiography is honest and intriguing, but it is also beautifully-written...Contemplating her gender, Cambridge, politics, ideas, she appears charming without being self-righteous. Well conveyed is the tension she felt between seizing opportunities finally available to women like herself and the enduring expectations of motherhood and the perfect family. * The Observer *

Joan Bakewell was born in Stockport in 1933, the daughter of an engineer, granddaughter of working-class artisans. She was the first in her family to go to university and only the second woman from her grammar school to attend Cambridge, where her circle included Frederick Raphael, Peter Hall, Michael Frayn, Mark Boxer and Jonathan Miller. Her long and illustrious career in broadcasting has included being the only woman presenter on BBC TV's Late Night Line Up, being Arts Correspondent for Newsnight, Chair of the BFI, and presenting series such as Heart of the Matter and My Generation.

Following the publication of her autobiography THE CENTRE OF THE BED in 2003, she has published STOP THE CLOCKS and THE VIEW FROM HERE as well as the novels ALL THE NICE GIRLS and SHE'S LEAVING HOME. She was awarded a life peerage in 2010 and is President of Birkbeck, University of London.

GOR000995795
The Centre of the Bed: An Autobiography by Joan Bakewell
Joan Bakewell
Used - Very Good
Paperback
Hodder & Stoughton General Division
2004-06-21
336
0340823119
9780340823118
N/A
Book picture is for illustrative purposes only, actual binding, cover or edition may vary.
This is a used book - there is no escaping the fact it has been read by someone else and it will show signs of wear and previous use. Overall we expect it to be in very good condition, but if you are not entirely satisfied please get in touch with us.