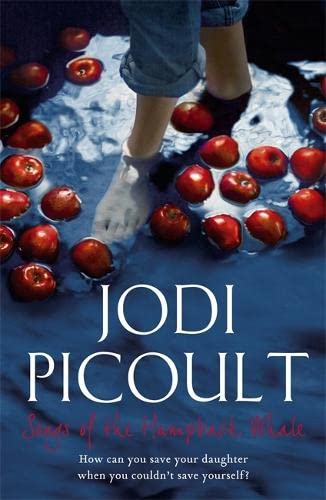 Songs of the Humpback Whale
by Jodi Picoult

Songs of the Humpback Whale Summary

Songs of the Humpback Whale by Jodi Picoult

Jane had always lived in somebody's shadow. Escaping a childhood of abuse by marrying oceanographer Oliver Jones, she finds herself taking second place to his increasingly successful career. However, when her daughter Rebecca is similarly treated, Jane's dramatic stand takes them all by surprise. Jane and Rebecca set out to drive across America to the sanctuary of the New England apple orchard where Jane's brother Joley works. Oliver, used to tracking male humpback whales across vast oceans, now has the task of tracking his wife across a continent. To do so he must learn to see the world - and even himself - through her eyes...

Songs of the Humpback Whale Reviews

This powerful and affecting novel demonstrates that there are as many truths to a story as there are people to tell it * Publishers Weekly *
Jodi Picoult's novels often focus on lives turned upside down by some terrible event, and it's her way with the small emotional detail that makes them so rewarding * Marie Claire *
The striking thing is Picoult's confidence. She takes a controversial topic and gallops with it, leaving the reader breathless and, crucially, better informed and full of questions. * The Times *
Picoult trades on gripping, emotive plots hinged upon gnarly ethical dilemmas . . . Picoult's pitch and pace are masterly and hardly conducive to a good night's sleep. * Financial Times *

Jodi Picoult is the author of twenty-four internationally bestselling novels, including My Sister's Keeper, The Storyteller and Small Great Things, and has also co-written two YA books with her daughter Samantha van Leer, Between the Lines and Off the Page. She lives in New Hampshire with her husband and children. Jodi's UK website is www.jodipicoult.co.uk and she can be found on Facebook and Twitter at facebook.com/JodiPicoultUK and twitter.com/jodipicoult, and on Instagram at instagram.com/jodipicoult.

GOR010510042
Songs of the Humpback Whale by Jodi Picoult
Jodi Picoult
Used - Like New
Hardback
Hodder & Stoughton General Division
2008-09-04
416
0340897287
9780340897287
N/A
Book picture is for illustrative purposes only, actual binding, cover or edition may vary.
The book has been read, but looks new. The book cover has no visible wear, and the dust jacket is included if applicable. No missing or damaged pages, no tears, possible very minimal creasing, no underlining or highlighting of text, and no writing in the margins.