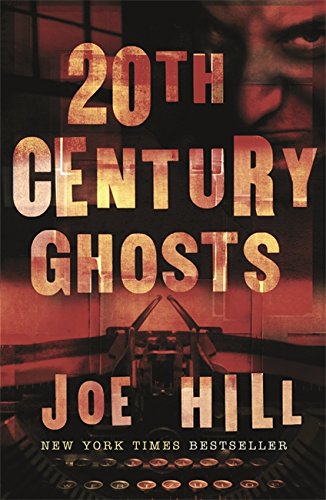 Imogene is young, beautiful, kisses like a movie star and knows everything about every film ever made. She's also dead, the legendary ghost of the Rosebud Theater.

Arthur Roth is a lonely kid with a head full of big ideas and a gift for getting his ass kicked. It's hard to make friends when you're the only inflatable boy in town. Francis is unhappy, picked on; he doesn't have a life, a hope, a chance. Francis was human once, but that's behind him now. John Finney is in trouble. The kidnapper locked him in a basement, a place stained with the blood of half a dozen other murdered children. With him, in his subterranean cell, is an antique phone, long since disconnected...but it rings at night, anyway, with calls from the dead...

Hill's stories are visceral and nasty in places, but never gratuitous. The collection as a whole is polished and well written. Even the most macabre themes are handled exceptionally well, so one story ever feels exploitative or trashy. Joe Hill is definitely one to watch. -- SCI-FI NOW * Ross Sutcliffe *

Joe Hill is a recipient of the Ray Bradbury Fellowship and the winner of the A.E. Coppard Long Fiction Prize, William Crawford, World Fantasy, British Fantasy, Bram Stoker and International Horror Guild Awards. His short fiction has appeared in literary, mystery and horror collections and magazines in Britain and America.

GOR001296186
20th Century Ghosts by Joe Hill
Joe Hill
Used - Very Good
Paperback
Orion Publishing Co
2008-10-09
400
0575083085
9780575083080
N/A
Book picture is for illustrative purposes only, actual binding, cover or edition may vary.
This is a used book - there is no escaping the fact it has been read by someone else and it will show signs of wear and previous use. Overall we expect it to be in very good condition, but if you are not entirely satisfied please get in touch with us.