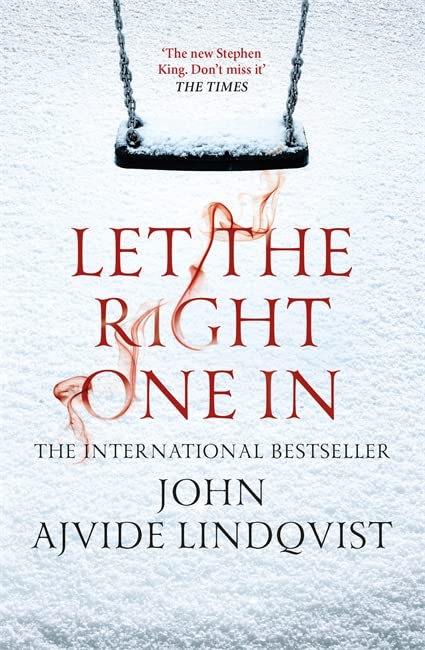 Let the Right One In
by John Ajvide Lindqvist

Let the Right One In Summary

Let the Right One In by John Ajvide Lindqvist

'The new Stephen King' The Times
Oskar and Eli. In very different ways, they were both victims. Which is why, against the odds, they became friends.

And how they came to depend on one another, for life itself.

Oskar is a 12-year-old boy living with his mother on a dreary housing estate at the city's edge. He dreams about his absentee father, gets bullied at school, and wets himself when he's frightened.

Eli is the young girl who moves in next door. She doesn't go to school and never leaves the flat by day. She is a 200-year-old vampire, forever frozen in childhood, and condemned to live on a diet of fresh blood.

John Ajvide Lindqvist's novel, a huge bestseller in his native Sweden, is a unique and brilliant fusion of social novel and vampire legend. And a deeply moving fable about rejection, friendship and loyalty.

Let the Right One In Reviews

'A terrifying supernatural story yet also a moving account of friendship and salvation' * Guardian *
'A whiff of the new Stephen King. Don't miss it' * The Times *
'Lindqvist has reinvented the vampire novel and made it all the more chilling by setting it in the kind of sink estate we all know from the media. Immensely readable and highly disturbing' * Daily Express *
'Some truly scary bits ... will haunt your dreams. Best read by sunlight' * Independent on Sunday *

John Ajvide Lindqvist is a Swedish author, born in 1968. He grew up in Blackeberg, a suburb of Stockholm. He wanted to become something awful and fantastic. First he became a conjurer and came in second in the Nordic card trick championship. Then he was a stand-up comedian for twelve years, before writing Let the Right One In. That novel became a phenomenal international bestseller and was made into a film and a West End play, both called Let Me In. His books are published in twenty-nine countries worldwide.

GOR001271389
Let the Right One In by John Ajvide Lindqvist
John Ajvide Lindqvist
Used - Very Good
Paperback
Quercus Publishing
2009-01-22
528
1847248489
9781847248480
N/A
Book picture is for illustrative purposes only, actual binding, cover or edition may vary.
This is a used book - there is no escaping the fact it has been read by someone else and it will show signs of wear and previous use. Overall we expect it to be in very good condition, but if you are not entirely satisfied please get in touch with us.