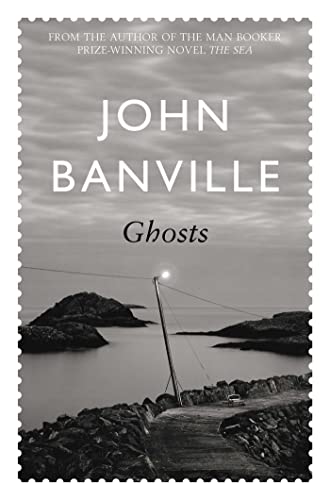 In Stock
£4.99
An unforgettable amalgam of enchantment and menace
Very Good Good Well Read
Only 3 left

`A beautiful, beguiling book full of resonances that continue to sound long after you've turned the final page. Its imagining is magical, its execution dazzlingly skilful.' Sunday Tribune

Ghosts opens with a shipwreck, leaving a party of sightseers temporarily marooned on an island. The stranded castaways make their way towards the big isolated house which is home to the reclusive Professor Silas Kreutznaer and his laconic assistant, Licht, but it is also home to another, unnamed presence . . .

Onto this seemingly haunted island, where a strange singing hangs in the air, John Banville drops an intriguing cast of characters - including a murderer - and weaves a tale where the details are clear but the conclusion polymorphous - shifting appearances, transformations and thwarted assumptions make this world of uneasy calm utterly enthralling.

As fascinating, complex, stimulating and energetic as any work of art . . . A work which proves Banville as a master, the artist in total control of his craft. * The Times *
John Banville's funniest book . . . another triumph by our most outrageously inventive and daring novelist. * Sunday Independent *
Makes this astonishingly attractive novelist one of the most important writers now at work in English - a key thinker, in fact, in fiction. * London Review of Books *

John Banville was born in Wexford, Ireland, in 1945. His first book, Long Lankin, was published in 1970. His other books include Nightspawn, Birchwood, Doctor Copernicus (which won the James Tait Black Memorial Prize in 1976), Kepler (which was awarded the Guardian Fiction Prize in 1981), The Newton Letter, Mefisto, The Book of Evidence, Athena, The Untouchable, Eclipse , Shroud and The Sea. He has received a literary award from the Lannan Foundation. He lives in Dublin.

GOR001110849
Ghosts by John Banville
John Banville
Frames
Used - Very Good
Paperback
Pan Macmillan
1998-09-04
256
0330371851
9780330371858
N/A
Book picture is for illustrative purposes only, actual binding, cover or edition may vary.
This is a used book - there is no escaping the fact it has been read by someone else and it will show signs of wear and previous use. Overall we expect it to be in very good condition, but if you are not entirely satisfied please get in touch with us.