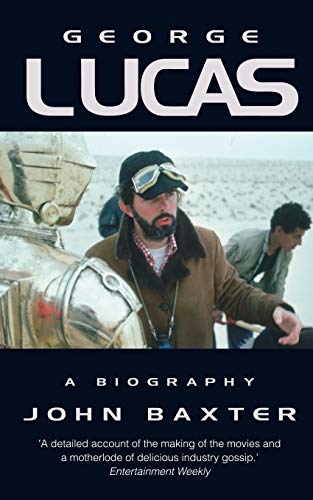 The first major biography (since 1983) of the great movie mogul George Lucas, whose marketing techniques have transformed the film business. His fourth Star Wars film, The Phantom Menace, released in 1999, was perhaps the most eagerly awaited cinematic event of all time.

The first major biography (since 1983) of the great movie mogul George Lucas, whose marketing techniques have transformed the film business. His fourth Star Wars film, The Phantom Menace, released in 1999, was perhaps the most eagerly awaited cinematic event of all time.

George Lucas is one of the most innovative bigtime players on the movie scene. His three Star Wars films and the trio featuring the action hero Indiana Jones (all six of which Lucas conceived, produced and co-wrote) comprise the most popular group of films ever made. To finance them, he masterminded a revolutionary redrawing of the financial agreements under which films were produced in Hollywood, snatching away control of funding, intellectual content and the distribution of profits from studios, and placing them in the hands of the film-makers themselves.

Yet Lucas remains (like Stanley Kubrick, the subject of John Baxter's recent biography) an enigma and a recluse. He has specially built the Skywalker Ranch a long way from Hollywood - a Victorian village community in a redwood forest where he and his friends can work in splendid isolation, free of studio pressure but with the highest technology.

John Baxter is a film critic, novelist, biographer and broadcaster, whose books on the cinema include The Hollywood Exiles, The Cinema of John Ford, and highly praised biographies of Ken Russell, Fellini, Bunuel, Steven Spielberg, Kubrick and Woody Allen. Born in Australia, John Baxter now lives in Paris.

GOR001219161
George Lucas: A Biography by John Baxter
John Baxter
Used - Very Good
Paperback
HarperCollins Publishers
2000-09-18
464
0006530818
9780006530817
N/A
Book picture is for illustrative purposes only, actual binding, cover or edition may vary.
This is a used book - there is no escaping the fact it has been read by someone else and it will show signs of wear and previous use. Overall we expect it to be in very good condition, but if you are not entirely satisfied please get in touch with us.