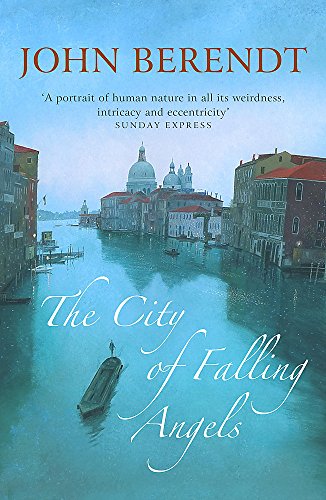 The City of Falling Angels
by John Berendt

Out of Stock
A mystery story, a comedy, and a riveting human drama rolled into one, from the bestselling author of MIDNIGHT IN THE GARDEN OF GOOD AND EVIL
Very Good Good
Only 0 left

The City of Falling Angels Summary

The City of Falling Angels by John Berendt

Taking the fire that destroyed the Fenice theatre in 1996 as his starting point, John Berendt creates a unique and unforgettable portrait of Venice and its extraordinary inhabitants. Beneath the exquisite facade of the world's most beautiful historic city, scandal, corruption and venality are rampant, and John Berendt is a master at seeking them out. Ezra Pound and his mistress, Olga; poet Mario Stefani; the Rat Man of Treviso; or Mario Moro - self-styled carabiniere, fireman, soldier or airman, depending on the day of the week.

With his background in journalism, Berendt is perfectly poised to gain access to private and unapproachable people, and persuade them to talk frankly to him. The result is mischievous, witty, compelling - and destined to be the non-fiction succes d'estime of the year.

The City of Falling Angels Reviews

John Berendt is a journalist and former editor of New York magazine. His first book, MiIDNIGHT IN THE GARDEN OF GOOD AND EVIL was an international bestseller. He lives in New York.

GOR000529419
The City of Falling Angels by John Berendt
John Berendt
Used - Very Good
Paperback
Hodder & Stoughton General Division
2006-07-01
384
0340825006
9780340825006
N/A
Book picture is for illustrative purposes only, actual binding, cover or edition may vary.
This is a used book - there is no escaping the fact it has been read by someone else and it will show signs of wear and previous use. Overall we expect it to be in very good condition, but if you are not entirely satisfied please get in touch with us.