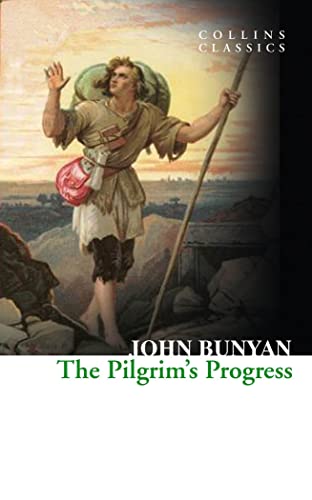 THE PILGRIM'S PROGRESS, John Bunyan's masterful religious allegory, narrates the journey of an everyman hero, Christian, as he attempts to navigate the trials and tribulations of this world, the City of Destruction, on the path towards paradise, the Celestial City. Though weighed down by the burden of original sin, Christian overcomes the distractions of the world, moving past the Slough of Despond, the Hill of Difficulty and the Valley of the Shadow of Death, while simultaneously resisting the temptations of the Worldy Wise, the Vain and the Ignorant. The product of a lifetime of religious work and thought, Bunyan's virtuosic narrative fundamentally altered Protestant belief, and remains one of the most important and influential works in the English language.

`[The] great merit of the [The Pilgrim's Progress is] that the most cultivated man cannot find anything to praise more highly, and the child knows nothing more amusing.' Samuel Johnson

John Bunyan (1628-88) was an English preacher and writer who wrote over sixty books and tracts. Bunyan was a Reformed Baptist, and his religious beliefs led to his persecution during the Restoration. While imprisoned Bunyan wrote the spiritual allegory, The Pilgrim's Progress, which quickly became one of the foundational texts of Protestant thought.

GOR007399234
The Pilgrim's Progress (Collins Classics) by John Bunyan
John Bunyan
Collins Classics
Used - Good
Paperback
HarperCollins Publishers
2013-01-03
368
0007925328
9780007925322
N/A
Book picture is for illustrative purposes only, actual binding, cover or edition may vary.
The book has been read but remains in clean condition. All pages are intact and the cover is intact. Some minor wear to the spine.