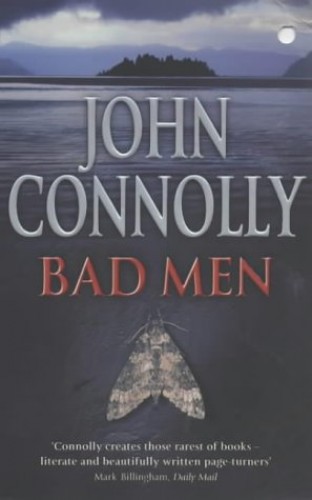 In Stock
£4.49
The terrifying new international bestseller from the ultimate chiller thriller writer.
Like New Very Good Good
Only 1 left

Three hundred years ago, the settlers on the small Maine island of Sanctuary were betrayed by one of their own, and slaughtered. Now a band of killers has returned to Sanctuary to seek revenge on a young woman and her son, and the only people who stand in their way are a young rookie officer and the island's resident policeman, the troubled giant known as Melancholy Joe Dupree. But Joe Dupree is no ordinary policeman. He is the guardian of the island's secrets, the repository of its memories. He knows that Sanctuary has been steeped in violence, and that its ghosts will tolerate the shedding of innocent blood no longer. On Sanctuary, the hunters are about to become the hunted.

In the crowded killing fields of crime fiction, John Connolly has quickly and decisively established himself as a unique voice. With BAD MEN he does it again, giving us a powerful story that is dark, daring and original. This one is his best. -- Michael Connelly
Remarkably assured and atmospheric crime novel . . . each successive Connolly novel has grown in authority and skill. . . Crime, horror and the supernatural are blended in a queasy mix that often has an almost physical impact on the reader. * Sunday Express *
Connolly spins his gruesome yarn with relish. * Mail on Sunday *

GOR007989933
Bad Men by John Connolly
John Connolly
Used - Like New
Paperback
Hodder & Stoughton General Division
2003-11-22
544
0340826193
9780340826195
N/A
Book picture is for illustrative purposes only, actual binding, cover or edition may vary.
The book has been read, but looks new. The book cover has no visible wear, and the dust jacket is included if applicable. No missing or damaged pages, no tears, possible very minimal creasing, no underlining or highlighting of text, and no writing in the margins.