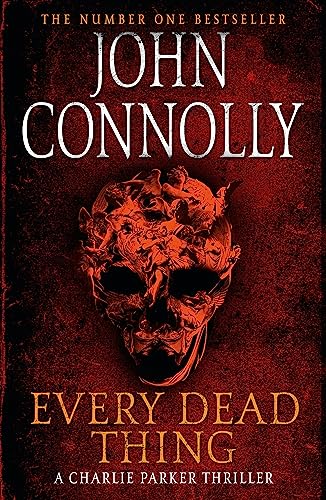 Every Dead Thing
by John Connolly

Every Dead Thing: A Charlie Parker Thriller: 1 by John Connolly

Tormented and racked with guilt over the brutal slaying of his wife and daughter, Charlie Parker, ex-cop with the NYPD, agrees to track down a missing girl. It is a search that will lead him into an abyss of evil. At the same time, he is warned by an old black woman in Louisiana that 'The Travelling Man' is about to strike again. Multiple strands converge with a horrific confrontation in which hunter and hunted are intimately connected by guilt.

A genuine, gripping page-turner which shreds the nerves. * Daily Telegraph *
An ambitious, moral, disturbing tale with a stunning climax. * The Times *
A stunning debut . . . EVERY DEAD THING ensnares us in its very first pages and speeds us through a harrowing plot to a riveting climax. -- Jeffery Deaver

GOR002272781
Every Dead Thing: A Charlie Parker Thriller: 1 by John Connolly
John Connolly
Charlie Parker Thriller
Used - Very Good
Paperback
Hodder & Stoughton General Division
2010-02-18
496
1444704680
9781444704686
Winner of Shamus Award 2000 (UK)
Book picture is for illustrative purposes only, actual binding, cover or edition may vary.
This is a used book - there is no escaping the fact it has been read by someone else and it will show signs of wear and previous use. Overall we expect it to be in very good condition, but if you are not entirely satisfied please get in touch with us.