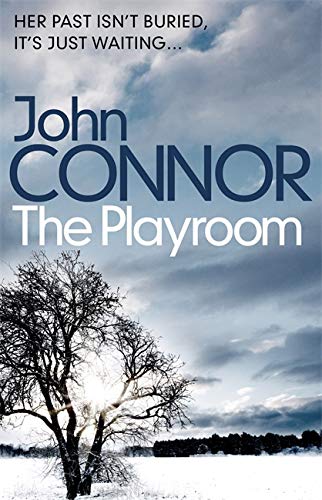 The Playroom
by John Connor

The Playroom by John Connor

The daughter of a Bradford judge is kidnapped and a massive, round-the-clock investigation begins. Knowing the chances of Sophie surviving will diminish dramatically after the first twenty-four hours, Detective Chief Superintendent John Munro begins to crack under the pressure of holding together an enquiry swamped with leads.

Meanwhile, DC Karen Sharpe is pursuing her own single-handed enquiry into historic child abuse allegations when an MP is accused of rape ten years before. The task of finding corroboration looks hopeless, but Sharpe keeps at it - anything rather than face up to her own tangled personal life. The truth is more complex and frightening, leading back to still unresolved events from a year before.

Karen's enquiry uncovers connections with the kidnapping, and, in an explosion of violence and bloodshed, Karen is left fighting not just to find Sophie, but to save herself.

THE PLAYROOM drips authenticity from every pore. The author cooks up an excellently complex and tightly-wrought plot and he can construct a true-to-life range of characters ... I look forward to many more novels featuring DC Karen Sharpe - TribuneA gripping and unusual police procedural - Sunday TelegraphJohn Connor drives his complex tale of secrecy and betrayal along at a cracking pace - Irish IndependentThe police procedural novel is given the kind of spruce up it has been in need of for some time - Daily ExpressExcellent stuff - Irish Independent

John Connor left his job as a barrister to write full time. During the fifteen years of his legal career he prosecuted numerous homicide cases in West Yorkshire and London. He advised the police in numerous proactive drugs and organised crime operations, many involving covert activity. He now lives in Brussels with his wife and two children.

GOR009936348
The Playroom by John Connor
John Connor
Karen Sharpe
Used - Very Good
Paperback
Orion Publishing Co
2019-02-14
464
1409188760
9781409188766
N/A
Book picture is for illustrative purposes only, actual binding, cover or edition may vary.
This is a used book - there is no escaping the fact it has been read by someone else and it will show signs of wear and previous use. Overall we expect it to be in very good condition, but if you are not entirely satisfied please get in touch with us.