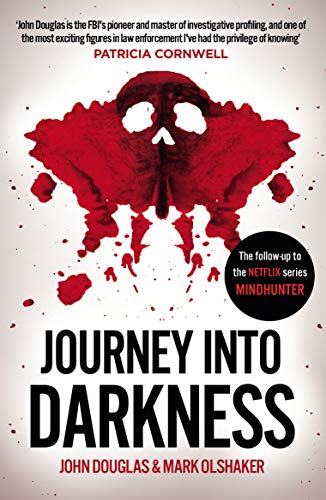 Journey Into Darkness
by John Douglas

Journey Into Darkness by John Douglas

John Douglas is the world's top pioneer and expert on criminal profiling. His lifelong work to understand and combat serial killers is legendary among law enforcement circles. Now, following up on his first book, Mindhunter, Journey Into Darkness delves further into the criminal mind in a range of chilling new cases.

Profiling suspects from OJ Simpson to the Unabomber, and investigating the assassination of John Lennon and the Waco tragedy, Journey Into Darkness explores the crimes of the century - as well as cases you've never heard of - with the peerless eye of one of the FBI's finest.

Douglas, famously the inspiration for Special Agent Jack Crawford in The Silence of the Lambs, reveals the fascinating circumstance of each crime in detail as he explores the larger issues, from crime prevention and rehabilitation to the reasons behind escalating violence in society. A must read for all true crime fans.

John Douglas (Author)
John Douglas joined the FBI in 1970, starting his career as a sniper in a SWAT team and progressing on to become a hostage negotiator. In 1977 he transferred to the Behavioural Science Unit (BSU), where he taught applied criminal psychology. He created the FBI's Criminal Profiling Program and led this division of special agents through harrowing and groundbreaking cases, including those behind Anthony Hopkins' role as Hannibal Lecter. Douglas lives with his family in the Washington, DC area.

Mark Olshaker (Author)
Mark Olshaker is a critically acclaimed novelist and producer of teh Emmy-nominated The Mind of a Serial Killer. He lives in the Washington, DC area.