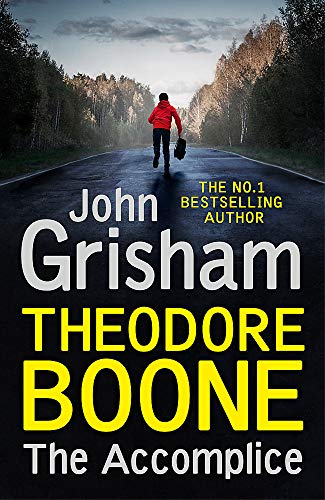 'Not since Nancy Drew has a nosy, crime-obsessed kid been so hard to resist' - New York Times

Woody Lambert is in trouble. He comes from a broken family, suffers bad grades at school and his older brother, Tony, is on probation for a drug offence. When Woody inadvertently gets caught up with Tony and one of his friends, Garth, cruising around Strattenburg in a beaten-up Mustang drinking beer, one thing leads to another and Garth holds up a convenience store with a fake gun.

Though he had no involvement in the crime other than being in Garth's car, Woody is arrested as an accomplice. He's going to need serious legal advice to avoid juvenile prison.

Enter Theodore Boone: after all, Theo has already decided that he will become the best courtroom lawyer in the state. It's just that, at the age of thirteen, Theo is years from being a qualified lawyer - and Woody needs help right now . . .

'If you aspire to turn your children into lawyers who will keep you in your old age, John Grisham's Theodore Boone, his first novel for young people, might be for you' - Sunday Times

'For any young readers tired of wizards, vampires and Greek gods, there's now a new kid on the young fiction block, and this one really does have serious powers: Theodore Boone, half-boy, half-lawyer... fans will be pleased to know there will be more of Theo's adventures to come' - Sunday Express

'Gripping . . . I would recommend this book to anyone who loves a good mystery. I think everyone will be enthralled by Theodore Boone' - Scholastic News

Praise for the Theodore Boone series * : *
If you aspire to turn your children into lawyers who will keep you in your old age, John Grisham's Theodore Boone, his first novel for young people, might be for you * Sunday Times *
Not since Nancy Drew has a nosy, crime-obsessed kid been so hard to resist * The New York Times *
Nobody does legal fiction better * Daily Express *

John Grisham as a child dreamed of being a professional baseball player. After graduating from law school at Ole Miss in 1981, he went on to practice law for nearly a decade, specialising in criminal defense and personal injury litigation. One day, Grisham overheard the harrowing testimony of a twelve-year-old rape victim and was inspired to start a novel exploring what would have happened if the girl's father had murdered her assailants. Getting up at 5 a.m. every day to get in several hours of writing time before heading off to work, Grisham spent three years on A Time to Kill and finished it in 1987. His next novel, The Firm, spent 47 weeks on The New York Times bestseller list and became the bestselling novel of 1991. Since then, he has written one novel a year, including The Client, The Pelican Brief, The Rainmaker and The Runaway Jury. Today, Grisham has written a collection of stories, a work of non-fiction, three sports novels, seven kids' books, and many legal thrillers. His work has been translated into 42 languages. He lives near Charlottesville, Virginia.

GOR009828927
Theodore Boone: The Accomplice: Theodore Boone 7 by John Grisham
John Grisham
Theodore Boone
Used - Very Good
Hardback
Hodder & Stoughton
2019-05-14
240
1529373921
9781529373929
N/A
Book picture is for illustrative purposes only, actual binding, cover or edition may vary.
This is a used book - there is no escaping the fact it has been read by someone else and it will show signs of wear and previous use. Overall we expect it to be in very good condition, but if you are not entirely satisfied please get in touch with us.