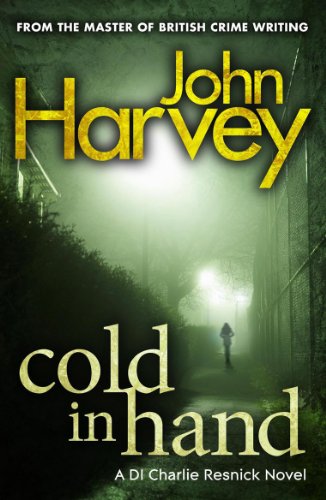 Cold In Hand
by John Harvey

In Stock
£4.49
But when the dead girl's father seeks to lay the blame on DI Lynn Kellogg, Resnick's colleague and lover, the line between personal and professional becomes dangerously blurred.
Very Good
12 in stock

Cold In Hand by John Harvey

Two teenage girls are victims of a bloody Valentine's Day shooting; one survives, the other is less fortunate... It's one of a rising number of violent incidents in the city, and DI Charlie Resnick, nearing retirement, is hauled back to the front line to help deal with the fallout. But when the dead girl's father seeks to lay the blame on DI Lynn Kellogg, Resnick's colleague and lover, the line between personal and professional becomes dangerously blurred. As Lynn, shaken by this very public accusation, is forced to question her part in the teenager's death, Resnick struggles against those in the force who disapprove of his maverick ways. But when the unimaginable occurs, an emotional Resnick will need all his strength to see justice done.

"If anyone deserves to nudge Ian Rankin from his post as Britain's bestselling crime writer, it's Harvey." * Kirkus Review *
"Impassioned ... heartbreaking ... Confirms Harvey as one of our most accomplished writers in any genre" * Sunday Telegraph *
"Authoritative ... visceral, engaged, and yes, unputdownable" * Independent *
"Sharp plotting, great characterisation and a powerful narrative; it's as good as they get" * Observer *
"Hoodie gang fights, murder, people trafficking, gun-running. Yes, we're back in Nottingham, an ordinary city with everyday British problems, brilliantly chronicled by John Harvey, who paints a better picture of the difficulties police face than the ten o'clock news" * Daily Mail *

GOR000526365
Cold In Hand by John Harvey
John Harvey
Resnick
Used - Very Good
Paperback
Cornerstone
2009-01-01
496
0099505649
9780099505648
N/A
Book picture is for illustrative purposes only, actual binding, cover or edition may vary.
This is a used book - there is no escaping the fact it has been read by someone else and it will show signs of wear and previous use. Overall we expect it to be in very good condition, but if you are not entirely satisfied please get in touch with us.