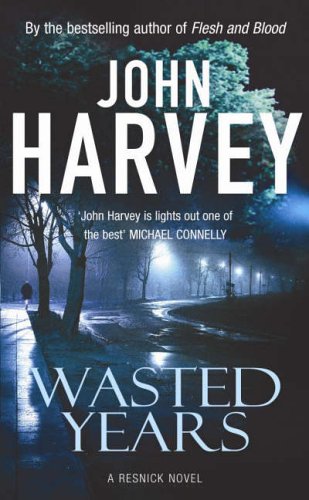 A series of brutal robberies takes Detective Inspector Charlie Resnick back ten years. To a time when a rash of very similar incidents left him face to face with a frenzied sociopath who nearly brought his life to a premature end - and to a time when his wife ran off with her lover, putting paid to their marriage and leaving him with a psychic wound that still hasn't healed. Now with the look-alike robberies escalating in violence, Resnick fights to track the men down before they kill, just as he fights to stem the poignant memories that threaten to overwhelm him.

"A densely textured procedural, reverberating with the sounds and side effects of broken wedlock... how Harvey makes these breakages count in the final solution is his magic and triumph. Another winner" * Sunday Times *
"From Resnick's bruised marriage to his flamboyant sandwiches, from the precisely drawn characters to the surprising (yet strangely inevitable) climax, from the wonderfully telling details ... to the desolation of a decaying city, Wasted Years is a novel without one false note" * San Francisco Chronicle *

GOR001216820
Wasted Years: (Resnick 5) by John Harvey
John Harvey
Resnick
Used - Very Good
Paperback
Cornerstone
1994-08-30
352
0099421550
9780099421559
N/A
Book picture is for illustrative purposes only, actual binding, cover or edition may vary.
This is a used book - there is no escaping the fact it has been read by someone else and it will show signs of wear and previous use. Overall we expect it to be in very good condition, but if you are not entirely satisfied please get in touch with us.