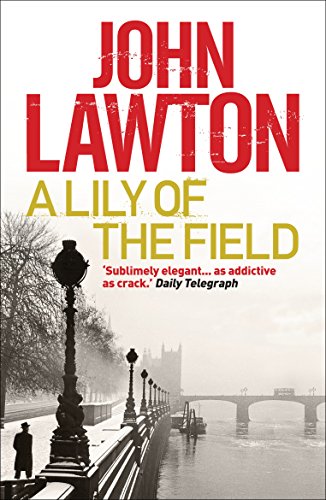 A Lily of the Field
by John Lawton

A Lily of the Field Summary

A Lily of the Field by John Lawton

Written by 'a sublimely elegant historical novelist as addictive as crack' (Daily Telegraph), the Inspector Troy series is perfect for fans of Le Carre, Philip Kerr and Alan Furst.

The Isle of Man, 1940. An interned Hungarian physicist is recruited for the Manhattan Project in Los Alomos, building the atom bomb for the Americans.

Auschwitz, 1944. Meret is imprisoned but is saved from certain death to play the cello in the camp orchestra. She is playing for her life.

London, 1948. Viktor Rosen wants to relinquish his Communist Party membership after thirty years. His comrade and friend reminds him that he committed for life...

These seemingly unconnected strands all collide forcefully with a brazen murder on a London Underground platform, revealing an intricate web of secrecy and deception which Detective Frederick Troy must untangle.

Customer Reviews - A Lily of the Field

A Lily of the Field Reviews

John Lawton finds himself in the same boat as the late Patrick O'Brian - a sublimely elegant historical novelist as addictive as crack but overlooked by too many readers for too long. * Daily Telegraph *
Admirable, ambitious and haunting, this is the sort of thriller that defies categorisation. I look forward with enthusiasm to the next one. * Spectator *
John Lawton's books contain such a wealth of period detail, character description and background information that they are lifted out of any category. Every word is enriched by the author's sophistication and irreverent intelligence, by his meticulous research and his wit. * Literary Review *

John Lawton worked for Channel 4 for many years, and, among many others, produced Harold Pinter's 'O Superman', the least-watched most-argued-over programme of the 90s. He has written seven novels in his Troy series, two Joe Wilderness novels, the standalone Sweet Sunday, a couple of short stories and the occasional essay. He writes very slowly and almost entirely on the hoof in the USA or Italy, but professes to be a resident of a tiny village in the Derbyshire Peak District. He admires the work of Barbara Gowdy, TC Boyle, Oliver Bleeck, Franz Schubert and Clara Schumann - and is passionate about the playing of Maria Joao Pires. He has no known hobbies, belongs to no organisations and hates being photographed.

GOR004345002
A Lily of the Field by John Lawton
John Lawton
Inspector Troy
Used - Well Read
Paperback
Grove Press / Atlantic Monthly Press
2012-04-12
400
1611855918
9781611855913
N/A
Book picture is for illustrative purposes only, actual binding, cover or edition may vary.
This is a used book. We do our best to provide good quality books for you to read, but there is no escaping the fact that it has been owned and read by someone else previously. Therefore it will show signs of wear and may be an ex library book.