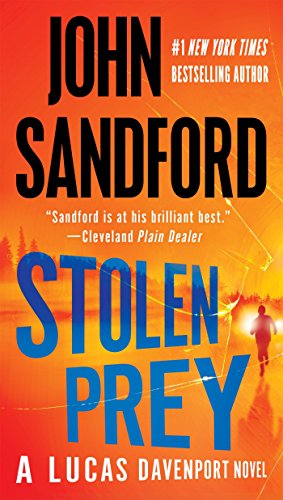 Out of Stock
£5.49
From a #1 "New York Times"-bestselling author. A drug gang from south of the border has left its calling card in the Minnesota town of Wayzata: a butchered family. And now Lucas Davenport must guess the next move of these killers who have nothing to lose. Available in a tall Premium Edition.
Very Good Good Well Read
Only 0 left

A senseless slaughter leads Lucas Davenport down a twisted path in this thriller from the #1 New York Times bestselling author.

Lucas Davenport has seen many terrible murder scenes. This is one of the worst. In the Minnesota town of Wayzata, an entire family has been killed--husband, wife, two kids, dogs. On the wall, in blood: "Were coming." No apostrophe.

There's something about the scene that tugs at Lucas's cop instincts--it looks an awful lot like the kind of scorched-earth retribution he's seen from Mexican drug gangs. But this is a seriously upscale town, the husband ran a modest software company, the wife dabbled in local politics. None of it seems to fit.

"Sandford is a writer in control of his craft."--Chicago Sun-Times

"Enough pulse-pounding, page-turning excitement to keep you up way past bedtime."--Minneapolis Star Tribune

"One of the most engaging characters in contemporary fiction."--Detroit News

"Just right for fans of The Silence of the Lambs."--Booklist

"One of the most horrible villains this side of Hannibal."--Richmond Times-Dispatch

John Sandford is the pseudonym for the Pulitzer Prize-winning journalist John Camp. He is the author of the Prey novels, the Kidd novels, the Virgil Flowers novels, and six other books, including three YA novels co-authored with his wife Michele Cook.

GOR004721240
Stolen Prey by John Sandford
John Sandford
Lucas Davenport Mysteries
Used - Very Good
Paperback
Unknown
0
0425260992
9780425260999
N/A
Book picture is for illustrative purposes only, actual binding, cover or edition may vary.
This is a used book - there is no escaping the fact it has been read by someone else and it will show signs of wear and previous use. Overall we expect it to be in very good condition, but if you are not entirely satisfied please get in touch with us.