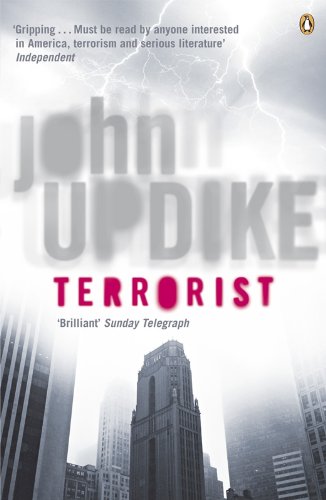 In Stock
£3.99
Deals with one of America's issues - threat of Islamist terror from within. It also suggests ways in which we can counter it, in our words and our actions.
Very Good
5 in stock

In his extraordinary and highly charged new novel, John Updike tackles one of America's most burning issues - the threat of Islamist terror from within. Set in contemporary New Jersey, Terrorist traces the journey of one young man, from radicalism to fundamentalism to terrorism, against the backdrop of a fraying urban landscape and an increasingly fragmented community. In beautiful prose, Updike dramatizes the logic of the fundamentalist terrorist - but also suggests ways in which we can counter it, in our words and our actions . . .

GOR001190970
Terrorist by John Updike
John Updike
Used - Very Good
Paperback
Penguin Books Ltd
2007-07-26
320
0141027843
9780141027845
N/A
Book picture is for illustrative purposes only, actual binding, cover or edition may vary.
This is a used book - there is no escaping the fact it has been read by someone else and it will show signs of wear and previous use. Overall we expect it to be in very good condition, but if you are not entirely satisfied please get in touch with us.